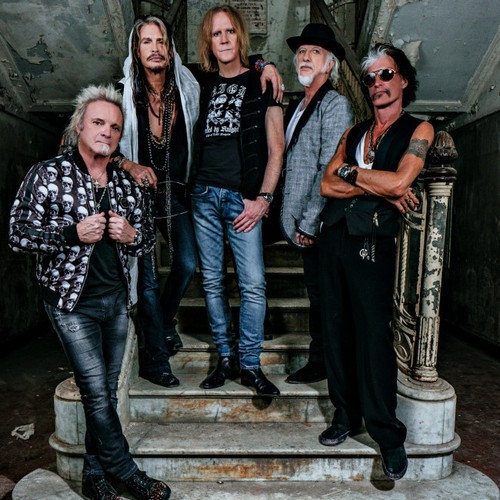 The ‘Dream On’ hitmakers have landed a deal with the major record label, in what has been dubbed an “expansive worldwide alliance”.

Announced ahead of Steven Tyler and co’s 50th anniversary, the band are set to “open up their vault and archives for new releases and never before seen material.”

Joe Perry, Aerosmith’s co-founder and lead guitarist, commented, “It’s been a long road but I’m extremely happy and proud to say on behalf of Aerosmith we have been able to bring our 50 years of music under one roof by partnering with UMG. This will allow us to bring our music to our fans in ways we never were able to before. It’s something we’ve dreamed about happening for a long time. It’s a win for Aerosmith, UMG and ultimately our fans. Needless to say we are very excited. It’s an incredible way to celebrate 50 years and the many more years to come.”

Sir Lucian Grainge, Chairman & CEO of UMG, said, “Aerosmith’s global success places them in rarefied air among the all-time greatest rock icons. On the band’s 50th anniversary, Aerosmith continues to influence the course of music not only through their iconic catalog but also through film, television and video games and their inimitable style. On a personal note, I couldn’t be prouder that they have chosen UMG as their global partner. We look forward to building upon their incredible legacy and ensuring their music continues to inspire fans around the world.”

Aerosmith manager Larry Rudolph said: “I couldn’t be happier for the band members and their families. Not only are we bringing together the band’s entire catalog in one place, but we’re entrusting these recordings to the very capable hands of Sir Lucian, Bruce Resnikoff and the incredible UMG system worldwide. I would like to thank Sir Lucian for tirelessly working together to craft perhaps the most unique and mutually beneficial catalog arrangement in history and providing a huge commitment to Aerosmith. The members of Aerosmith and I thank him and we all look forward to many years of successfully continuing to share the catalog of the greatest American rock band in history with the world.”

The Rock and Roll Hall of Famers’ music had previously been split between Sony’s Columbia label and UMG’s Geffen.

The group’s last studio album was 2012’s ‘Music from Another Dimension!’.