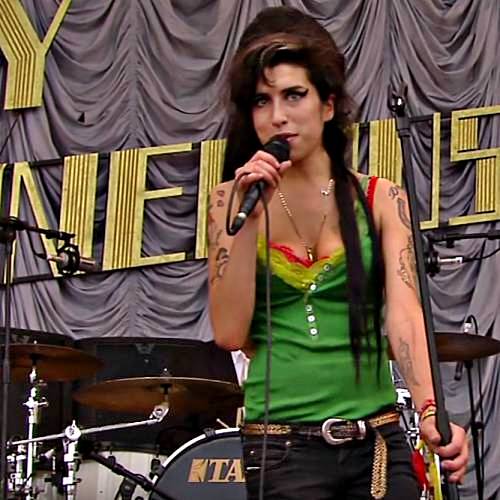 MTV today announced the premiere of Amy Winehouse & Me: Dionne’s Story, a deeply personal, heartfelt documentary tribute to the late Grammy-Award-winning singer-songwriter and cultural icon, told through the lens of her goddaughter, singer-songwriter Dionne Bromfield. The documentary is set to begin airing on MTV UK 26th of July at 10pm and in nearly 180 countries outside the UK and on Paramount+ in the US, Australia, Canada, Latin America and the Nordics later this summer.

Produced ten years after Amy Winehouse’s tragic passing, the 1×60’ MTV documentary Amy Winehouse & Me: Dionne’s Story follows Amy’s Goddaughter, Dionne Bromfield, as she opens up for the first time about the impact of Amy’s death on her life. The film will take viewers on a deeply personal journey where Dionne shares the highs, lows and exclusive unseen archival material from the adventures she had with Amy, all while paying tribute to their unbreakable bond.

“I can’t tell you now just how therapeutic this journey has been for me. Finally, I can move forward into the next chapter of my career knowing that I have dealt with emotions that have been buried for years,” says Bromfield, “I hope this documentary shows Amy as more than just a person struggling with addiction and instead showcases the amazing person my godmother was.”
“A true icon, Amy Winehouse had raw talent and musical ingenuity that inspired artists and fans all over the world,” says Kerry Taylor, EVP International for MTV Entertainment Group “MTV gave her a global stage during her career, and I’m honored to work with Dionne to share her poignant story and spotlight Amy’s incredible life, legacy and enduring impact on music culture.”

Amy Winehouse & Me: Dionne’s Story is commissioned by Kerry Taylor and Craig Orr, executively produced by Craig Orr and Iestyn Barker and made for MTV by Andy Mundy-Castle of Doc Hearts.