Carlo Ancelotti has classified Everton’s season as a success despite admitting that they are out of the running for a Champions League place.

Everton started the season strongly and even topped the table throughout October. Their form tailed off though and they have been eighth since mid-March. They could rise higher if they beat Aston Villa on Thursday, though.

Ancelotti is eager for them to finish the season strongly so they can be in contention for a European place. Despite their recent inconsistencies, he is still satisfied with their campaign overall. But he wants them to focus on what remains before the end of the season first.

“Our season has to be considered a good season, but we have to wait for the last four games,” he said. “We want to put all our energy on our target.”

Ancelotti did not specify what that target was, but ruled out the idea of breaking into the top four.

“No that is not a possibility for us,” he said. “We have to be honest.”

Even so, he is glad they have kept pace with some of their rivals for the European places.

“At the start of the season we were thinking that it was difficult to compete with the top six,” the Italian explained.

“After all these games, we were able to compete – because we are still there and close to the top. The results at home, we could do much better.”

The first of the remaining hurdles will see Everton face Villa for the second time this month. They lost at Goodison Park 2-1, so will be hoping for better fortunes.

However, they will have to do without James Rodriguez and Yerry Mina.

“I think he starts to train with the team Friday, after the game,” Ancelotti said of Rodriguez. “So I hope Friday and Saturday he trains properly and he can play against Sheffield United (on Sunday).

“He is pain free now, he has no problem, but he didn’t train with the squad and so I cannot put him at risk tomorrow.”

Ancelotti also hopes to have Mina back soon.

“It is not a big problem,” he said. “He was out, he tried to train yesterday but he was a little bit uncomfortable. I hope to recover him for the game against Sheffield United.”

No Walcott decision yet 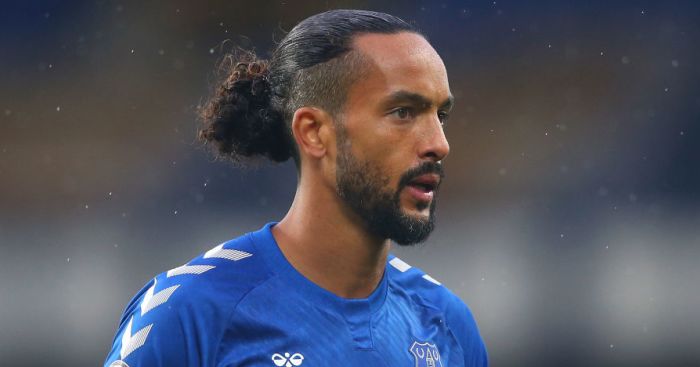 Looking ahead to the summer transfer window, Ancelotti was asked about the future of Theo Walcott. The winger has spent the season on loan back at Southampton.

Reports have indicated that Everton could let him go permanently in the summer. But Ancelotti denied that they have made a decision.

“Honestly we have not thought about this,” he said.

“We follow him, how he plays at Southampton and we will take a decision together at the end of the season.”