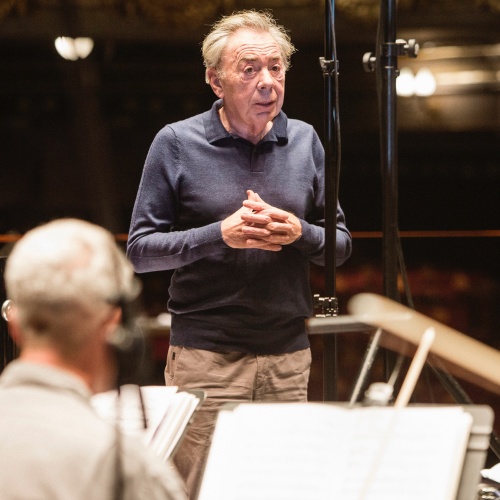 He SHALL go to the ball! Andrew Lloyd Webber’s glittering carriage awaits at the top of this week’s Official Compilations Chart as the soundtrack to his latest lockdown-penned musical Cinderella debuts at Number 1 ahead of opening night.

The iconic composer becomes the newest recipient of the Official Charts Specialist Number 1 Award (NEW PIC & VIDEO TO FOLLOW THIS AFTERNOON) as the OST for his new West End musical, Cinderella, debuts atop this week’s Official Compilation Albums Chart just days before the show’s world premiere on 20 July at London’s Gillian Lynne Theatre.

“I am thrilled that the Cinderella album is Number 1. It was recorded in lockdown, mainly at home and long before the show was able to open. To see audiences finally loving the show and people listening to the album means a huge amount to me and all of the people who have worked so hard to bring Cinderella to the stage in the most difficult circumstances I have ever worked in. I hope to see you at the Gillian Lynne Theatre soon.”

Lord Lloyd Webber is one of the most celebrated modern British composers and has written the music for worldwide-renowned productions such as Cats, The Phantom of the Opera and Joseph and the Technicolour Dream Coat. His highest charting album to date is 1978’s Variations which peaked at Number 2 on the Official Albums Chart, see Andrew Lloyd Webber’s chart history.