Home
Business
As Broadway lights turn back on, Theater District businesses reflect on 18 months of closure 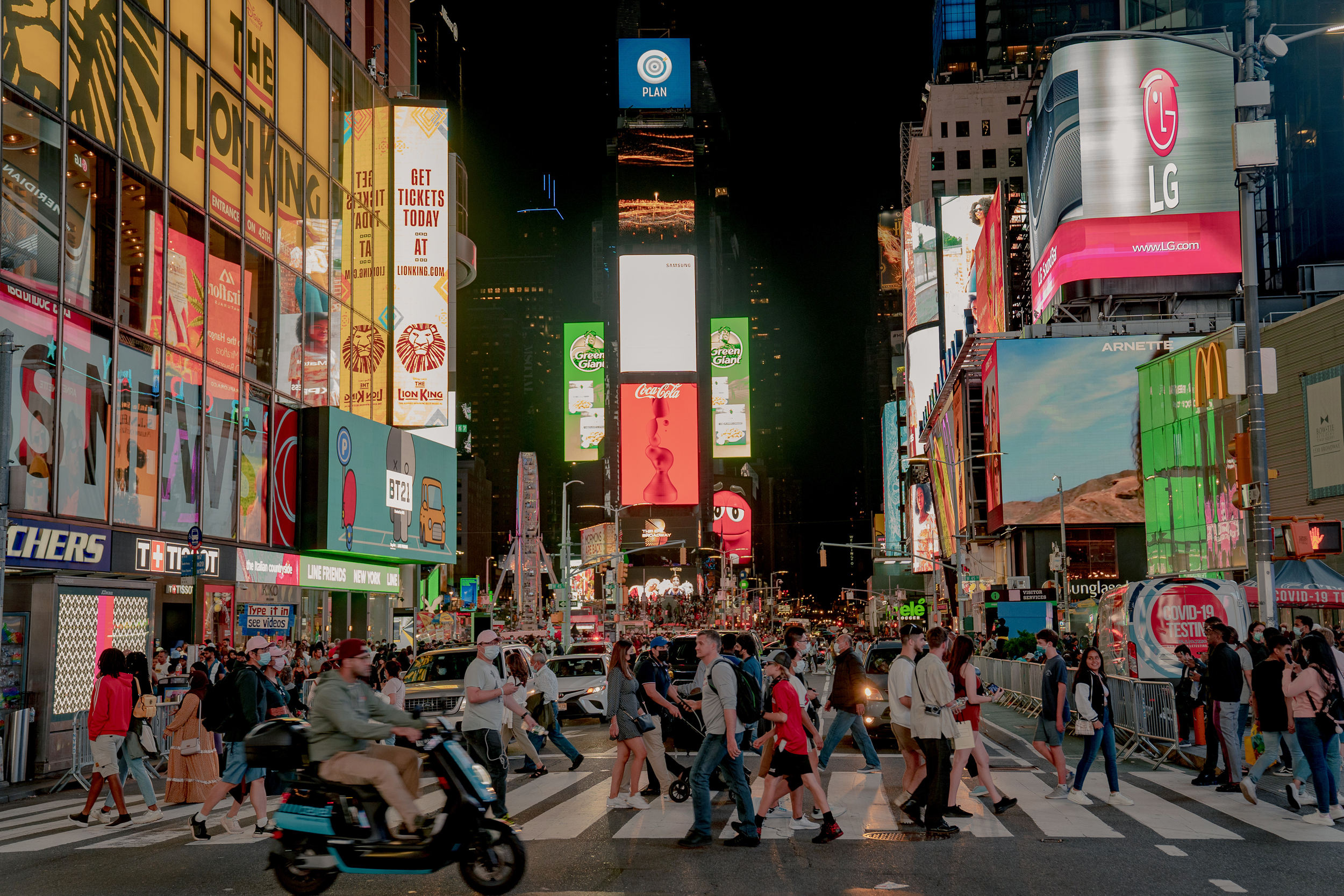 Big-name shows like Hamilton, Wicked and The Lion King are raising their curtains Tuesday for the first time since the pandemic began, as Broadway reopens at full capacity. But fans and performers are not the only ones excited for the return of the Great White Way — businesses surrounding the Midtown Manhattan theaters are as well, albeit with caution.

Alan Rosen, third-generation owner of Junior’s restaurant and bakery, is expecting a “big night” for his two locations in the Theater District.

“Broadway is just a barometer for New York City and it’s a barometer for our business as well,” he said, adding that business has already crept up 10 percent since the first wave of Broadway’s reopening at the start of the month. “It’s important to us.”

Junior’s, a New York food and dessert staple, shuttered its three NYC properties at the start of the pandemic. Its downtown Brooklyn location reopened last summer, and the two midtown properties only opened back up recently.

Aside from a fire that led to a nine-month closure of the Brooklyn location in 1981, Rosen said that in Junior’s nearly 71-year history it has not endured anything like it has over the last 18 months. Although he said he is still “a little concerned” about Covid’s impact, heading into the winter, Rosen said he is finding relief in the fact that business is much better than it has been, now down only 30 percent from pre-pandemic times.

“Hopefully there’s light at the end of this tunnel here and I’m looking forward to when we are 100 percent, not just in business but in our lives,” he said. “We’re looking forward to welcoming back all our guests, just very excited that we survived.”

New York City Mayor Bill de Blasio called Broadway’s full return a “big night for New York City’s comeback” at a press briefing on Tuesday, noting that it is bringing back “a lot of jobs.”

New York City’s tourism industry has suffered greatly during the pandemic, contributing an estimated 75 percent less to the city’s economy in 2020 than it did in 2019, according to an April 2021 report from the Office of the New York State Comptroller. Industry employment decreased by 89,000 jobs, or by over 30 percent, in 2020 as well. A 10-year-streak of record tourist growth came to a halt last year, with only 22.3 million people visiting the city, a decrease of 67 percent compared to the year before, according to the report.

Foot traffic levels in the heart of the Theater District are recovering, but have yet to fully return to pre-pandemic levels. Total retail chain foot traffic in the Times Square Alliance Business Improvement District, an area that stretches from West 53rd Street down to West 40th Street, was down 49 percent in August 2021 compared to 2019, according to a report from foot traffic analytics firm Placer.ai. More specifically, foot traffic was down 45 percent for dining establishments and 39 percent for hotels for the same comparison period.

Vijay Dandapani, president and CEO of the Hotel Association of New York City, which represents nearly 300 hotels across the city, said in an emailed statement that the industry is “hugely supportive of Broadway’s reopening” and is welcoming back fans. However, Dandapani also said it is still “too early to say if the occupancy has materially improved as a consequence, given that most sources of tourism, particularly the international market, remain closed.”

Peter Dafnos, president of Westway Diner, a restaurant located just one avenue away from multiple Broadway theaters, is also not jumping to conclusions.

“It’s a day-by-day operation,” he said. “It’s like starting from scratch.”

Although he said Broadway’s return “means a lot,” given the number of theater-goers, crew members and performers who usually make their way through Westway’s doors, Dafnos remains skeptical of a potential boost in business in the near future, especially given the usual September lull and the uncertainty of the delta variant of the coronavirus heading into the winter.

“We haven’t done anything special in return for Broadway because again, it’s a wait-and-see,” he said. “We’ve been in a holding pattern, as they say, just waiting to see what happens.”

Dafnos, who told NBC News at the beginning of the pandemic that Westway’s business was down 95 percent at the time, is still waiting on 50 percent of pre-pandemic recovery. The restaurant still operates at reduced hours.

“At this point, if my business could make enough money to break even, I’m happy,” he said.

Other Broadway shows like Come From Away, Aladdin and Moulin Rouge are set to return in the coming weeks.