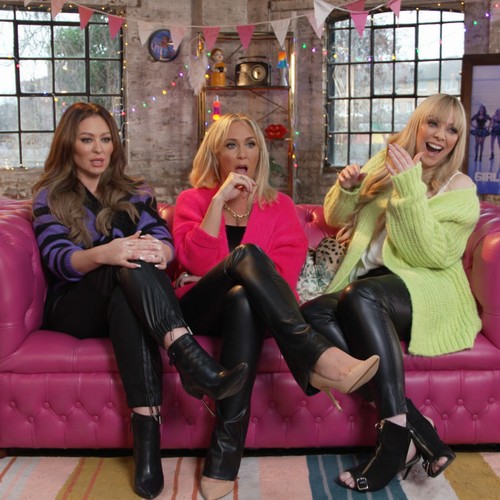 Atomic Kitten have slammed the music industry as ageist.

The ‘Whole Again’ hitmakers are gearing up for their comeback shows supporting ‘All Rise’ hitmakers Blue later this year, and 39-year-old Natasha Gay – who is joined by Liz McClarnon, 40, and Jenny Frost, 43, in the girl group – says she is “sick” of record labels snubbing female artists who are above the age of 25.

The girls were speaking in a new clip of them reviewing the first season of ’90s girl group comedy, ‘Girls5eva’ – which is available on Peacock UK, Sky and NOW – when Natasha remarked: “Do you know what I am sick of? In the industry, it’s like it’s not below 25, like you’ve had your day.

Natasha also admitted she wishes she’d have “stood” her “ground” more when they were starting out in the music business because they agreed to do a lot of stuff they didn’t really want to do.

“There are a lot of things that I look back and think, I wish I’d have stood me ground more.”

Liz then admitted: “I was – and even until recently – afraid of a lot of stuff, my anxiety was through the roof.”

Elsewhere, Jenny admitted that while they were a party band back in the day, they would never call in sick with a hangover.

She said: “We used to party quite a lot, but I will say, I never miss a day’s work because of a hangover.”

‘Girls5eva’ – which was a huge hit in the US and has been commissioned for a second season – follows “a one-hit-wonder girl group from the ’90s who get a chance at a comeback when their song is sampled by an up-and-coming rapper. Its members then reunite to give their pop star dreams one more shot. They may be grown women balancing spouses, kids, jobs, debt, aging parents, and shoulder pain, but can’t they also be Girls5eva?”

You can watch Atomic Kitten’s review of ‘Girls5eva’ on the @PeackockTVUK social channels. All eight episodes of ‘Girls5eva’ Season 1 are streaming now on Peacock, available on Sky and NOW in the UK & Ireland.