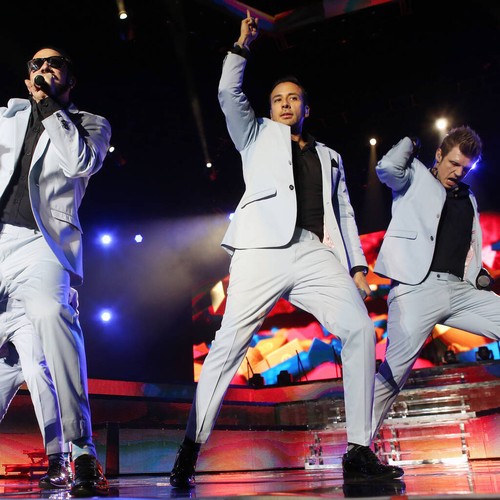 The boyband members will take over the Sands Showroom at The Venetian for four nights in August, where they will be covering one another’s songs while backed by a live band.

Nick Carter, AJ McLean, Joey Fatone, and Nathan Morris will also dazzle fans with their famed choreography during The After Party gigs. They will also invite surprise guests to join them onstage as they share previously untold stories from their pop heyday.

Fatone tells Variety, “We wanted to do something with the idea of the Rat Pack meets the Pop age now – different artists coming together and doing a show that’s fun, but also takes you through a bit of history. But it organically also turned into more of a celebration of our bands and a homage to pop culture.

“You’re going to see these guys and these groups in a light you’ve never seen them in before.”

Adds McLean, “We’ve had so much fun putting this show together. I can’t wait to share it with the fans. I promise an incredible night of wild surprises.”

The news of the Vegas shows comes weeks after McLean and Carter debuted their new collaborative group, Back-Sync, with Fatone and his ‘NSYNC bandmate Lance Bass, at The Grove in Los Angeles.