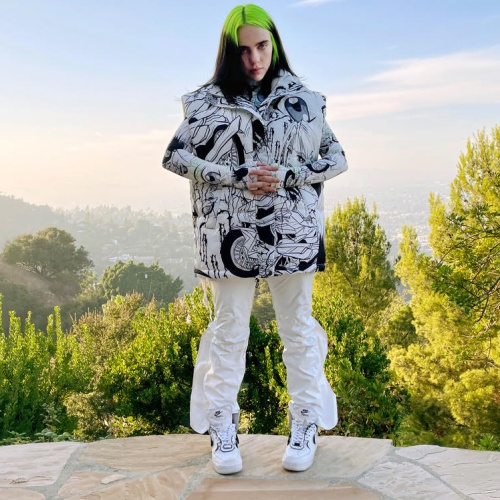 GRAMMY® Award-winning and chart-topping artist Billie Eilish will make her Disney+ debut with “Happier than Ever: A Love Letter to Los Angeles,” a cinematic concert experience, premiering globally on Friday, September 3. Fresh off the heels of her brand-new album, “Happier than Ever,” the Disney+ original will feature an intimate performance of every song in the album’s sequential order – for the first and only time – from the stage of the legendary Hollywood Bowl.

Directed by Robert Rodriguez and by Oscar-winner Patrick Osborne the special will also include animated elements, taking viewers on a dreamlike journey through Billie’s hometown of Los Angeles and its most iconic backdrops. “Happier than Ever: A Love Letter to Los Angeles” features FINNEAS, the Los Angeles Children’s Chorus, the Los Angeles Philharmonic conducted by Music & Artistic Director Gustavo Dudamel, and world renowned Brazilian guitarist, Romero Lubambo, with Orchestra Arrangements by David Campbell. “Happier than Ever: A Love Letter to Los Angeles” was produced by Interscope Films and Darkroom Productions, in associate with Nexus Studios and Aron Levine Productions, with Kerry Asmussen as the Live Concert Director and Pablo Berron as Director of Photography.

“Disney is incredibly iconic, so to collaborate on something like this is a huge honor,” said artist Billie Eilish. “To be able to present my album in this way and dedicate it to the city that I love and grew up in is so exciting to me. I hope you love it.”

“We are all huge admirers of Billie and Finneas here in our household. They are such impressive, world class talents that it’s a real honor to work with them on this film, said Robert Rodriguez, director of ‘Happier Than Ever: A Love Letter to Los Angeles.'” “The way the narrative story and animated pieces weave through her incredible concert performance, makes this a spectacular event that is truly unique.”

“Billie has captivated fans around the world with her soulful voice and raw, honest lyrics, and we are proud to bring this incredibly cinematic and unique concert experience to Disney+,” said Michael Paull, president Disney+ and ESPN+.

Writer/Director Robert Rodriguez directed the action films “Desperado” and “From Dusk Til Dawn.” Additional film credits include “Sin City,” “Alita Battle Angel,” “We Can Be Heroes,” and the “Spy Kids” films, all of which were produced at his Troublemaker Studios facility in Austin, Texas.