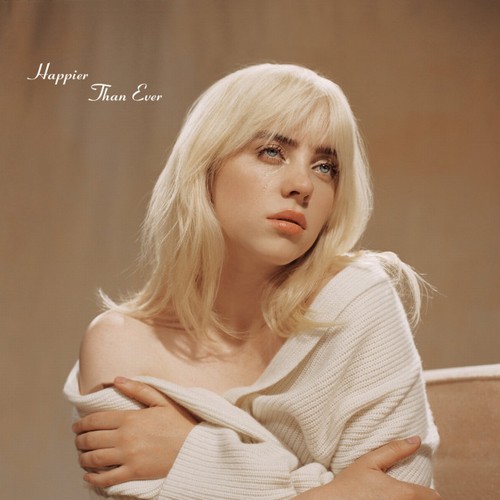 Billie Eilish has announced the extensive ‘Happier Than Ever World Tour’.

The Grammy-winner was forced to axe her 2020 ‘Where Do We Go?’ World Tour’ due to the global pandemic, but will now embark on the massive jaunt across North America, Europe and the UK next year.

The ‘bad guy’ hitmaker’s run in support of her upcoming second studio album of the same name also includes three consecutive nights at London’s The O2 arena between June 10 and June 12.

Billie announced the tour with a promo video on social media.

She captioned the clip on Instagram: “GOING ON TOURRRRRR AGAINNNNNN JSKCHSKCJSLFJKSNDHSK FINALLYYYYYYY “Happier Than Ever, The World Tour” EEEEEEEEEEEEEEE (sic)”.

In the video, the 19-year-old megastar is sat in an eerily empty concert hall before a crowd’s chants of her name fill the room.

Meanwhile, the ‘No Time To Die’ hitmaker previously admitted the past year has been both a “blessing a curse”, but she’s “hopeful” for the future and can’t wait for her fans to hear her new record, which drops on July 30.

She said: “So it’s been a blessing, huge blessing and a curse, but I’m really, really happy that we’ve been able to make the things that we’re making. And I can’t wait for you to hear this s***. I can’t wait to have the world hear. I’m very excited and hopeful for the future.”

Tickets for the UK leg of the ‘Happier Than Ever, The World Tour’ go on sale on May 28 at 10am BST at LiveNation.co.uk.

Head to www.billieeilish.com for the full tour dates and ticket information.