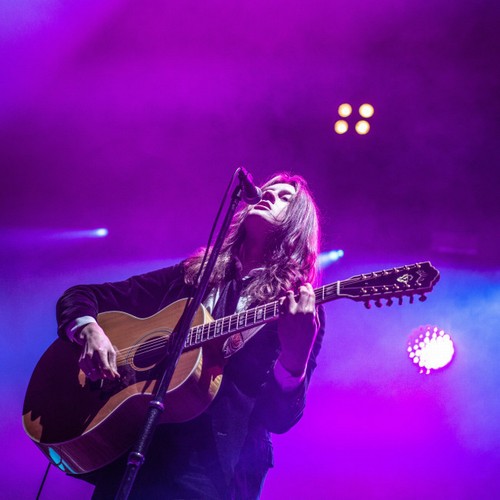 Blossoms have delayed their European tour due to ongoing COVID-19 concerns.

The ‘For Evelyn’ hitmakers – which consists of lead vocalist Tom Ogden, bassist Charlie Salt, guitarist Josh Dewhurst, drummer Joe Donovan and keyboardist Myles Kellock – have opted to hold off on playing on the continent due to the spread of the Omicron variant.

In a collective statement, the group said: “We’re really gutted to have to that, due to the current situation with COVID, our forthcoming dates in Germany, France, Belgium and Netherlands have been postponed and will no longer be happening in January and February.”

Blossoms are “looking to reschedule the dates and will announce as soon as possible as we have the news”.

The statement concluded: “Really sorry to have to do this. Blossoms X.”

The band are still planning to go-ahead with their UK tour, with shows set to happen in Southampton, Doncaster, Warrington in May.

In autumn 2021, the band collaborated with 1980s pop star Rick Astley to perform concerts in which they covered songs by iconic indie band The Smiths.

Former Smiths singer Morrissey offered his “sincere thanks” to the band and the ‘Never Gonna Give You Up’ hitmaker for their interpretation of his songs; ‘Panic’ and ‘This Charming Man’.

He added that “anything that generates interest in the tired old Smiths warhorse is testimony to the wallop it pack”.

However, despite his support, the band’s guitarist and joint founding member Johnny Marr was less enthusiastic about it, labelling it “funny and horrible at the same time”.

At the time, he tweeted: “Well, I met The Blossoms a few weeks ago and they elected to not mention it. Nice.”

Later, Johnny elaborated: “I didn’t ask for that, but sometimes stuff like that happens when you’re in the public eye.