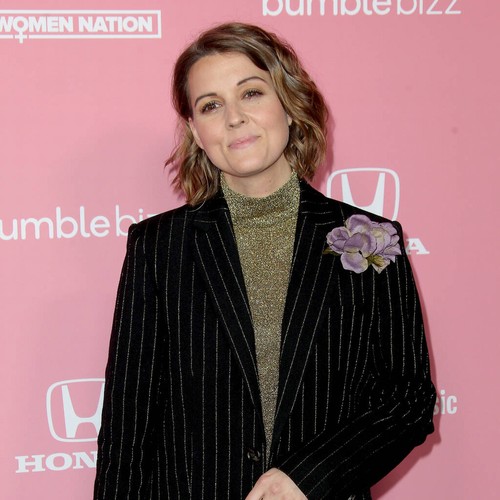 Singer Brandi Carlile turned to a hypnotist to overcome her fear of fully submerging her face under water to avoid letting down her new music video director Courteney Cox.

The Friends star was recruited to shoot the promo for Right on Time, but one important scene in the short required Carlile to film underwater – unknowingly forcing the musician to face up to one of her lifelong fears.

The Party of One hitmaker reveals she didn’t want to disappoint her new pal Cox or make her alter her vision for the video, so she first enrolled in special swimming lessons.

“I went to adult swimming lessons for people with anxiety, so I could prepare to do that in the video because I really didn’t want to let Courteney down. I wanted to meet her where she was. She set a really high standard with this idea. So, I went to this f**king swimming lesson, and I had to stand in a three-foot pool and just put my face in and I could not do it.

“It took me an hour-and-a-half to just even a little bit get my face in, but I couldn’t open my eyes, I couldn’t unplug my nose.”

Instead, she decided to try a different tactic: “So I went to a hypnotist, and I got some weird subconscious mind work done, and then I practised in Courteney’s pool for two days. And we pulled it off,” Carlile shared.

“It was really peaceful and special for me. I felt like the girl in the video that had this thing in front of her, this immovable, invisible barrier, and I removed one. There’s never been anything like that that’s happened to me in my life or my career. It was pretty significant.”

Teaming up professionally was a natural evolution of the women’s friendship, which began early last year via a direct message, after Carlile came across an Instagram video of Cox playing the piano to her track The Joke.

“It’s astonishing how f**king good (the cover) was,” Carlile gushed. “It was just great. Courteney’s a bada** piano player. So we met on Instagram and bonded over piano music.”

Right on Time is Carlile’s latest single from her upcoming album, In These Silent Days, which drops in October.