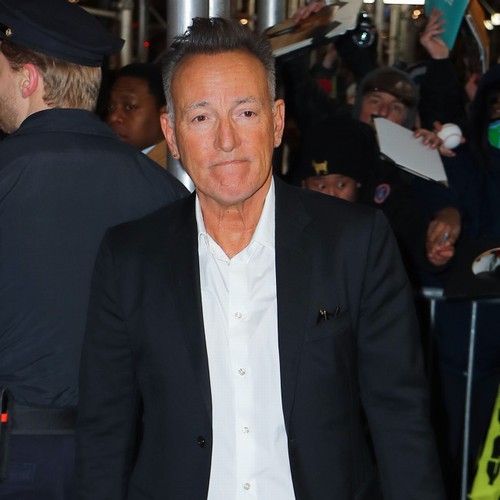 Bruce Springsteen is set to be honoured with the Woody Guthrie prize.

The Boss has been announced as the recipient of the prestigious accolade setup in memory of the late American folk legend to “recognise artists across media who have used their talents to speak for those without a platform.”

In a statement, Springsteen said: “I’m honoured to receive the 2021 Woody Guthrie Prize.

“Woody wrote some of the greatest songs about America’s struggle to live up its ideals in convincing fashion. He is one of my most important influences and inspirations.”

Deana McCloud, the head of the Woody Guthrie Center in Tulsa, commented: “As an observer of the human condition and a reporter about the plight of common people, Bruce Springsteen is a true child of Woody Guthrie.

“The Woody Guthrie Center is proud to present Bruce with this well-deserved recognition for his lifetime of speaking for the disenfranchised and inspiring generations to find the power of their own voices,” she added.

Since it launched in 2014, the likes of Chuck D, John Mellencamp, Norman Lear, Kris Kristofferson, and Mavis Staples have received the prize from the Woody Guthrie Center.”

The ‘I’ll See You In My Dreams’ hitmaker previously performed with previous recipient Pete Seeger at Barack Obama’s 2008 presidential inauguration, where the pair put their own spin on the late singer-songwriter’s folk classic ‘This Land is Your Land’.

Springsteen, 71, will be presented with the prize during a virtual ceremony on May 13.