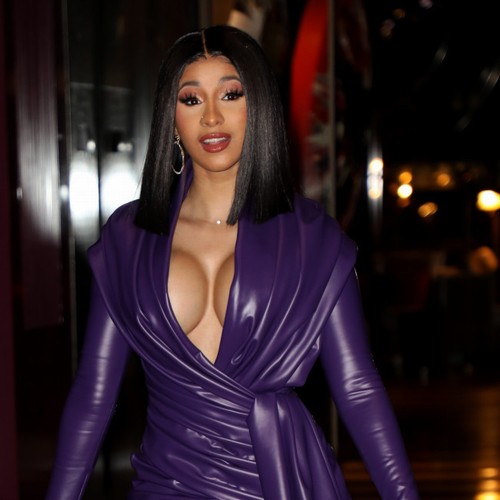 Cardi B thinks accusations of “queerbaiting” force musicians to discuss their sexuality.

The chart-topping rap star has hit back at claims of queerbaiting – which refers to straight individuals implying non-heterosexual encounters to attract members of the LGBTQ community – following the recent release of the ‘Wild Side’ music video with Normani.

Speaking about their steamy video, Cardi – who is currently pregnant with her second child – explained: “You do know we was trying to hide a whole baby bump right ?Also I’m married to a man but I have express soo much about my bisexuality and my experiences wit girls .All of a sudden “queer baiting” is the new word & people use it to the ground !

“I don’t like this new “queer baiting” word.I feel like it pressure artist to talk about their sexuality or their experiences that they don’t feel comfortable speaking about.If a artist kiss a girl on a video does that means she gotta show videos & text wit wit other women? (sic)”

Cardi, 28, previously spoke about the issue after featuring on the track ‘Girls’ alongside Bebe Rexha and Charli XCX in 2018.

The song touched on the issue of sexual fluidity and Cardi subsequently defended herself on social media after the record attracted some criticism.

Cardi – who is one of the world’s best-selling artists – wrote online at the time: “We never try to cause harm or had bad intentions with the song. I personally myself had experiences with other woman, s*** with a lot of women! I thought the song was a good song and i remember my experience. (sic)”