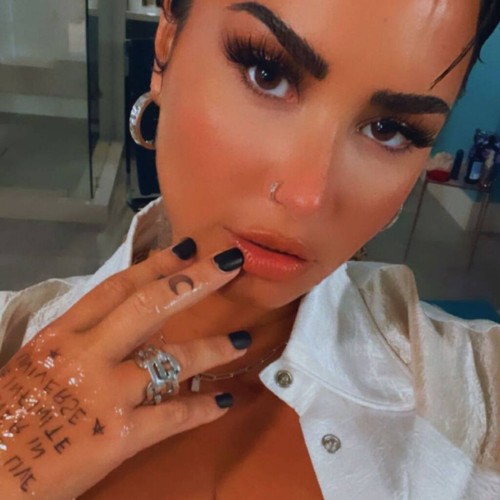 The singer/actress, who uses gender-neutral pronouns after coming out as non-binary in May, took to their Instagram Stories on Thursday to share a photo of their new ink.

Uploading a close-up snap, the design reads “Love will live forever in the infinite universe,” and is decorated with star, planet, and moon motifs.

In the accompanying caption, Demi revealed that the wording refers to the 2012 song Infinite Universe by Beautiful Chorus, and that they had visited celebrity tattoo artist Doctor Woo for the body art.

“THANK YOU @_dr_woo_ for making exactly what I asked for!!! It’s perfect!!!” the Skyscraper hitmaker added.

Demi is no stranger to tattoos and has the word “free” inked in cursive script on one pinkie finger, a lion’s face on the back of their left hand, roman numerals on the left side of their torso, and a rose design on their left forearm.