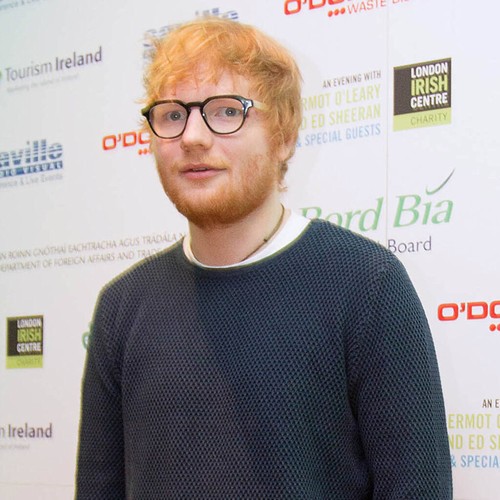 Ed Sheeran has reportedly been forced to self-isolate after attending England’s game against Germany at Wembley Stadium late last month.

The Shape of You star watched England’s 2-0 win at the Euro 2020 soccer tournament 16 days ago, alongside David Beckham and the Duke and Duchess of Cambridge.

Some time after the game that Ed received a text message saying that he’d been in contact with someone who has tested positive for Covid-19 and should therefore self-isolate for the next 10 days, according to The Sun newspaper.

It’s not known whether or not the text came from NHS staff or if it was a notification from the Test and Trace app – nor whether it was prompted by a contact at the ground. However, the Duchess of Cambridge was also forced to self-isolate days after the match.

The enforced quarantine comes as the musician gears up to promote his upcoming album and tour.

“It’s a bit of a nightmare for Ed, but what can you do?” a source told The Sun. “He’s obviously followed the rules and headed straight home when he was told to.

“Unfortunately, this has come while he’s in the middle of a major comeback after a hiatus but he’ll have to work around it for the ten days. He has taken several tests which came back negative but that doesn’t make a difference so he’s just getting on with whatever he can do from home.

“He has absolutely no idea when he came into contact with somebody with Covid. He was at Wembley for the Germany game but that seems a bit too far back – but there’s just no telling exactly when and where it happened.”

Ed also had to quarantine after returning to the U.K. from New York, where he completed a week-long residency on The Late Late Show with James Corden.