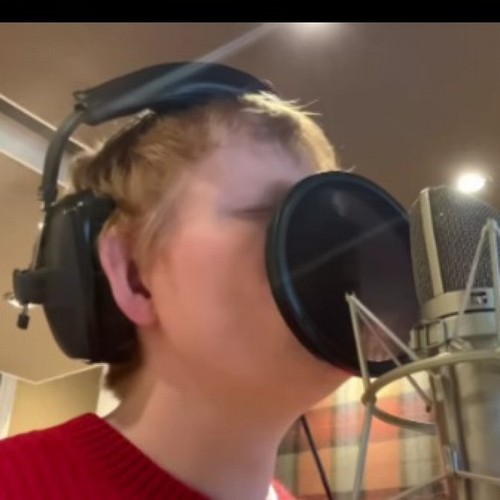 Ed Sheeran has shared a clip of him re-recording his part on Taylor Swift’s new version of ‘Everything Has Changed’ for ‘Red (Taylor’s Version)’.

The ‘Visiting Hours’ singer plugged his pal’s pre-orders of the vinyl copy of the re-record of the acclaimed 2012 album, as he posted a clip of him singing his lines, while he also teased the release of their new duet called ‘Run’.

He captioned the Instagram post: “The vinyl for Red (Taylor’s version) goes up for preorder today. Also presave on all platforms. Head to @taylorswift’s page for more details. Here’s a video of me rerecording my bit for a song you might know. There’s also a brand new song me and Taylor wrote the first day we met called ‘Run’ that’s out with the new version of the record, November 19th. Enjoy guys ! Was so fun reliving all of this x (sic)”

Snow Patrol’s Gary Lightbody is back for a new recording of ‘The Last Time’, and Phoebe Bridgers and Chris Stapleton are also featured on bonus tracks.

Taylor joined TikTok this week and her first post featured her telling her fans that the vinyl edition is now available for pre-sale ahead of its November 19 release and that she was looking forward to the fun and games of having a personal TikTok account.

She wrote: “Lots going on at the moment. Red (my version) vinyl is up for presale on my site and oh I’m on TikTok now let the games begin. #SwiftTok.”

Taylor decided to re-record her early albums after Scooter Braun purchased her former record label, Big Machine Label Group, for $300 million, and with it acquired the rights to her back catalogue.

Scooter’s Ithaca Holdings then sold the catalogue to Shamrock Holdings.

After the purchase, Taylor claimed she was never offered the chance to buy her own master recordings.

On her plans to re-record her records, she said: “It’s going to be fun, because it’ll feel like regaining a freedom and taking back what’s mine.

“When I created [these songs], I didn’t know what they would grow up to be. Going back in and knowing that it meant something to people is actually a really beautiful way to celebrate what the fans have done for my music.”

‘Fearless (Taylor’s Version)’ did not disappoint, with six new tracks and duets with Keith Urban and Maren Morris.