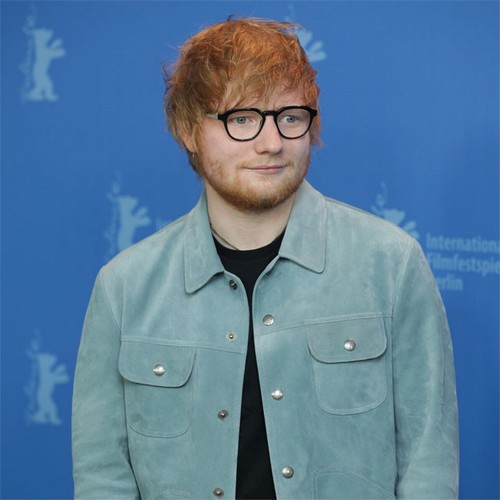 Ed Sheeran has revealed that a guitar gifted to him by his icon Eric Clapton was almost destroyed in a fire.

The ‘Bad Habits’ hitmaker was inspired to become a musician by the 76-year-old rock god and after meeting several years ago they have become firm friends, so much so that the ‘Sunshine of Your Love’ hitmaker gave him a guitar from his own private collection and signed it for him.

The instrument is one of Ed’s most treasured possessions but he almost lost it when a blaze erupted in his personal recording studio.

Sharing the anecdote on ‘Hot Ones’, he said: “My hero is Eric. When I was 11 I heard ‘Layla’, picked up a guitar and went from there. I got to know him in 2015 and we’ve been friends ever since.

“It was the only guitar in my studio at home and I was on tour and the person looking after my house phoned me up and said, ‘Your music studio is on fire’, and I was like, ‘F***! The guitar is in that studio.’”

Luckily for Ed the irreplaceable six string was rescued from the flames and although it did suffer some damage he can still play it.

He added: “He brought it back totally restored, but now it smells like a burnt house.

“But it plays amazing, looks amazing, actually kind of smells amazing and it still has Eric’s signature on it. That’s my favourite guitar.”

Meanwhile, Ed has revealed that he’s interested in experimenting with heavy metal in the future.

The 30-year-old singer/songwriter said: “I was really into death metal as a kid. I listened to Cradle of Filth and Slipknot and all that stuff. I’m not saying I could ever step into that world, but I learnt all those riffs on guitar as a kid. That’s something I’ve never thought about doing – but something I would not be opposed to creating.”