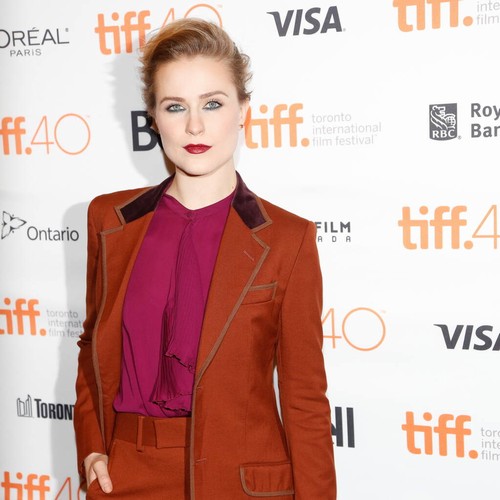 Evan Rachel Wood made her feelings about ex-partner Marilyn Manson known during a live performance on Sunday.

During a gig at the Bourbon Room in Los Angeles, the 33-year-old covered the New Radicals hit You Get What You Give. When a lyric referring to Manson came up, she slowly raised her middle finger in the air as the crowd cheered her on.

The performance comes after Kanye West revealed that he featured the rocker on his newly-released album, Donda, using his voice on the song Jail Pt 2. Wood shared a news article about the song on her Instagram Stories the day of the show, writing, “Triggered, re-traumatized, and unsafe.”

Since 2016, the Westworld star has identified herself as an alleged victim of intimate partner violence. In a testimony for the Phoenix Act, a California law championed by the actress that extends the statute of limitations on domestic violence, she revealed she had been sexually assaulted by a “significant other”. In February, Wood named Manson as her alleged abuser.

“The name of my abuser is Brian Warner, also known to the world as Marilyn Manson,” Wood claimed in an Instagram post at the time. “He started grooming me when I was a teenager and horrifically abused me for years. I was brainwashed and manipulated into submission. I am done living in fear of retaliation, slander, or blackmail.”

She continued, “I am here to expose this dangerous man and call out the many industries that have enabled him, before he ruins any more lives. I stand with the many victims who will no longer be silent.”

Since the accusation came to light, 14 other women have come forward alleging they have been physically or sexually abused by Manson, including Game of Thrones star Esmé Bianco. Manson has since maintained his innocence, responding to Wood’s accusation in a statement: “My intimate relationships have always been entirely consensual with like-minded partners. Regardless of how – and why – others are now choosing to misrepresent the past, that is the truth.”