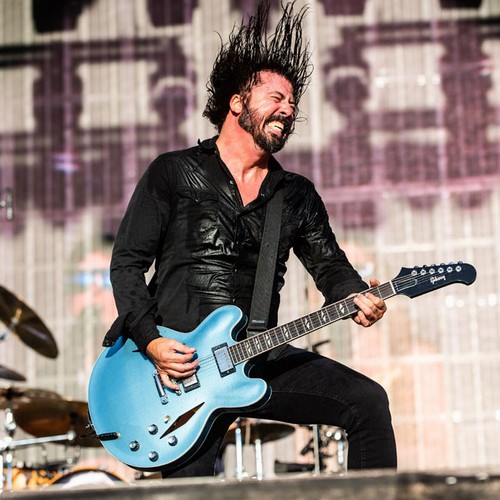 Foo Fighters are to perform at Madison Square Garden later this month.

The ‘Times Like These’ hitmakers will take to the iconic stage on 20 June for a concert which will be the first full-capacity concert in New York City since the beginning of the coronavirus pandemic.

Attendees will be required to be fully vaccinated against COVID-19, with the last dose received at least 14 days before the show. Children under 16 are permitted to present a negative coronavirus test instead.

The group couldn’t be happier to get back on stage.

Frontman Dave Grohl said: “We’ve been waiting for this day for over a year. And Madison Square Garden is going to feel that HARD.

“New York, get ready for a long ass night of screaming our heads off together to 26 years of Foos.”

The ‘Best Of You’ group last headlined the venue in 2018 for two nights on their ‘Concrete and Gold’ tour, and have also previously played there in both 2008 and 2011.

Basketball fans have been able to attend New York Knicks games at MSG throughout the season, with separate sections for vaccinated and unvaccinated fans, but a full capacity gig hasn’t been staged there since March 2020.

Since the pandemic began, the Foo Fighters have released a new album, ‘Medicine at Midnight’ and Dave also brought out collaborations with Sir Mick Jagger and his own daughter, Violet.

And the 52-year-old singer recently admitted he finds it impossible to take a break, no matter what he promises himself.

He said recently: “We kind of work this cycle where we’ll go into the studio and make a record, then we run around playing clubs and doing promo for a couple of months, and then we release the record and tour for a year and a half.

“By the time we’re finished with that cycle, we’re all exhausted and we promise ourselves we’ll never put each other through that f****** hell ever again.

“Within two and a half weeks, I’m demoing s*** and sending it to the band.”