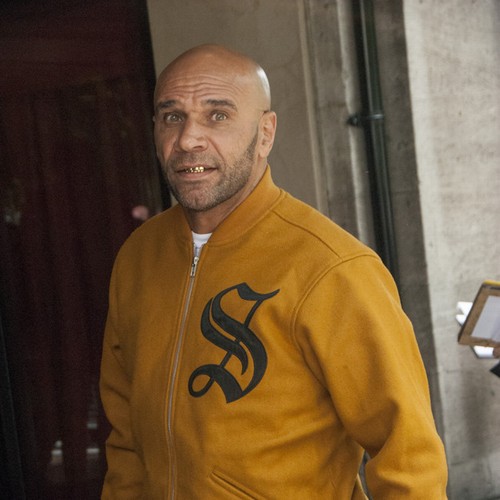 Goldie has suggested humans are descendants of aliens.

The British drum and bass legend, 55, has shared his theory that our ancestors lived on Mars long before Earth became inhabited.

The ‘Timeless’ star is quoted by the Daily Star newspaper as saying: “Humans can’t live in space because that’s where negative energy comes from and we implode – note to self.

“And our ancestors used to live there.

“I always get that weird thing when people start saying, ‘Oh here we go with Aliens’.

“But we are aliens. We are a manifestation of power, energy in the universe that’s manifested itself in one consciousness.

“Where do we come from? We are the manifestation of an infinite universe in infancy.”

Asked whether he’ll be following billionaires Jeff Bezos and Sir Richard Branson into space, he replied: “I’m not going to go to space because it’s too expensive and somebody has already done it. It costs billions. How much was that trip?”

Goldie, an MBE, became one of the biggest music stars on the 90s and was friends with Oasis guitarist Noel Gallagher, whom he collaborated with on the 1998 single ‘Temper, Temper’ from his second LP ‘Saturnz Return’. The same LP also contained the track ‘Truth’ which featured late ‘Life on Mars’ hitmaker David Bowie.

The dance music producer didn’t just limit himself to the studio and embarked on acting career appearing as a henchman in 1999 James Bond film ‘The World Is Not Enough’ opposite 007 Pierce Brosnan and later he had a role as gangster Angel Hudson in British soap opera ‘EastEnders’.