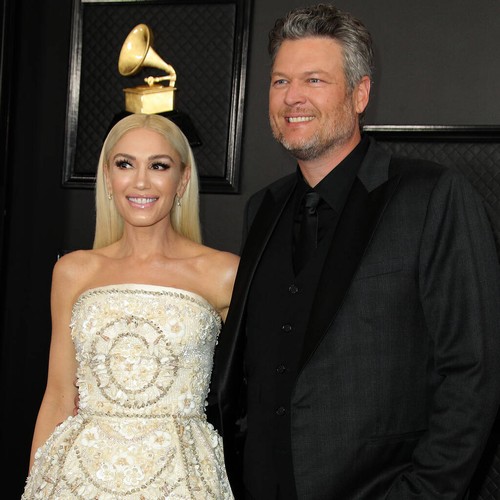 Gwen Stefani confirmed that she is married to Blake Shelton by sharing snaps from their weekend wedding.

It was reported on Monday that the Hollaback Girl singer and country star had tied the knot at his Oklahoma ranch, where he and Stefani spent much of their Covid-19 lockdown with her three sons, with reports suggesting they exchanged vows in a small intimate ceremony in front of close family and friends at an outdoor chapel specially built for the day.

And Stefani confirmed the news on Instagram on Monday by sharing a clip of her lifting her veil to reveal her make-up look alongside the caption, “July 3rd 2021.”

She later posted more romantic photos showing the newlyweds posing at his ranch at sunset and kissing as they stood in front of their tiered wedding cake.

In the snaps, she can be seen wearing a custom-made lily-white Vera Wang gown with a plunging sweetheart neckline, fitted bodice and cutaway back.

In the caption, she wrote, “July 3rd 2021 dreams do come true !!!” with love heart and praying hands emojis.

The former No Doubt star switched up her look for the evening, wearing a white Vera Wang minidress with stiletto cowboy boots and a shorter veil. Explaining the need for a second outfit, she wrote in the caption, “You need a party dress when u get to marry @blakeshelton @verawang (sic).”

Another snap showed Stefani smiling for the camera and holding a bouquet of flowers as she sits in a golf cart with Shelton.

Stefani and Shelton began dating in 2015 after meeting as coaches on U.S. TV talent show The Voice and they announced their engagement in October last year.

Stefani was previously married to Gavin Rossdale, the father of her three sons, between 2002 and 2015. This marks Shelton’s third marriage following Kaynette Gern and fellow country singer Miranda Lambert.