Home
Business
How did the housing market turn white-hot? It wasn’t just the pandemic. 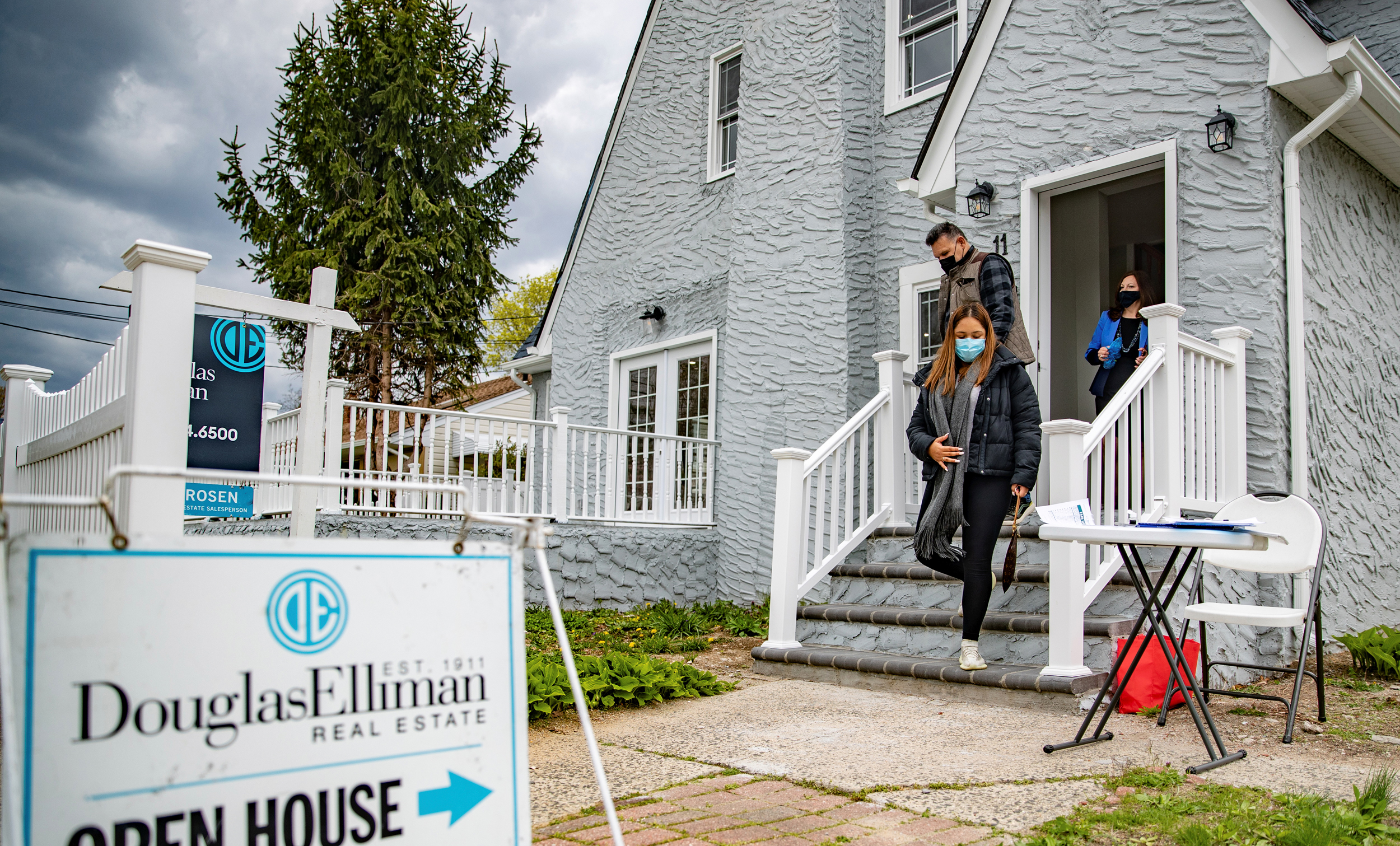 Even in the robust pre-pandemic economy, housing experts say there was trouble brewing that presaged the current boom in housing prices, with lower-income and first-time homebuyers in particular facing rising hurdles to homeownership.

“One of the most prominent housing issues in pre-pandemic America was supply shortages,” said Matthew Murphy, executive director of the Furman Center For Real Estate & Urban Policy at New York University. “That has carried over and exacerbated, but we already had evidence of supply shortages heading into the pandemic.”

Today’s housing situation has its roots in the last boom-bust cycle, Murphy said. “The context here to this current housing moment is that we were still recovering from the 2008-2009 foreclosure crisis,” when property values plummeted. Some data suggests that the seeds were sown even earlier than the last housing crash: Over the past two decades, the National Association of Realtors identified what it called an “underbuilding gap” of between 5.5 and 6.8 million housing units since 2001.

Today, nearly all of the new homes being built are aimed at the upper echelon of homebuyers. The National Association of Home Builders found that, of all the new single-family homes built last year across the U.S., none were priced below $100,000. A mere 1 percent fell in the range of $100,000 to $150,000.

“Home buyers in the bottom one-fourth of the market have been squeezed entirely out of the market for new construction,” the group said in a blog post detailing the findings.

When the pandemic struck, relegating Americans to their homes for work and school, and curtailing most leisure and entertainment activities, demand for single-family homes skyrocketed. “In a pandemic, with people working from home and kids schooling from home, you need more space. We saw a real pickup in demand,” said Frank Nothaft, chief economist at CoreLogic. “People wanted a home with some green space and a community with lower population density.”

Baby Boomers have not all traded in their big homes for smaller-footprint houses or condos — meaning older, less expensive homes for today’s young families are not on the market.

“The increase in demand has really been sparked by the record low level of mortgage rates,” Nothaft said. “That’s a really opportunity for anyone who’s shopping for a mortgage or shopping to buy a home and that’s really sparked the demand, especially among millennials or Gen Xers,” he said.

But would-be buyers are finding a shrinking pool of available homes. For a long time, the conventional wisdom said that once Baby Boomers became empty nesters, they would trade in the big homes where they raised their families for smaller-footprint houses, condos and apartments. That anticipated migration never came, and experts say that means older, potentially less-expensive homes today’s young families would ordinarily be moving into just aren’t on the market.

“You’ve got this 20-plus percent year over year price growth, which you think would entice homeowners to sell,” said Todd Teta, chief product officer at Attom Data Solutions. “The bigger factor is just availability of supply to move in to… There’s nothing to go buy or downsize into.”

Experts suggest another factor is the pandemic itself, in that older Americans — facing higher health risks due to Covid-19 — have been reluctant to let people into their homes or visit open houses.

Instead, more empty-nesters are staying put and refinancing — a trend which could have long-term implications for housing supply. “Historically, there’s a correlation to refinance and what we call tenure in the home,” Teta said. Attom found that refinance activity rose by 12 percent in the first quarter of 2021 — and that refinance lending has grown by more than double over the past year. This year, a total of 2.55 million mortgages were refinanced in the first quarter.

In a market where interest rates have nowhere to go but up, that refinancing activity could keep homeowners in place. “You project out a year or two and when rates have gone up, borrowers are going to look at increased prices and a new loan on a purchase and realize that staying in their own home is cheaper on a month-to-month basis,” Teta said.

The culmination of these events is an unprecedented wave of demand, which has triggered a meteoric rise in prices. While Zillow found that inventory inched up 3.9 percent in May, the first increase since last July, homes are still selling at a torrid pace, with an average time between when a home is listed until when it goes into contract of just six days. The National Association of Realtors found that the median price of existing homes across all housing types, hit a record of $350,000, up nearly 25 percent from May 2020.

“This is supply and demand on steroids,” said Susan Wachter, professor of real estate and finance at the University of Pennsylvania’s Wharton School.

Builders can’t keep up. While Covid-19 increased demand, it also created bottlenecks and roadblocks on the supply side. In May, the most recent month for which data is available, housing starts ticked up a mere 3.6 percent, coming in at 1.572 million units on a seasonally adjusted, annualized basis. This was below the 1.63 million economists polled by Reuters predicted. In addition, April’s numbers were revised down from 1.569 million to 1.517 million units.

Costs for raw materials like copper and lumber soared when producers couldn’t ramp back up fast enough to meet the pent-up surge in demand when Covid lockdown restrictions eased. Labor costs have risen, a function both of a tighter job market and precautionary regulations around capacity and social distancing at construction sites. And lengthy shutdowns of local government offices in many parts of the country meant that developers faced long waits to fulfill regulatory requirements.

“It added a little bit more sand into the gears and delayed the processing of some of the permits and inspections,” Nothaft said.

Along with materials and labor, the availability and cost of land is a significant roadblock for builders. “Getting land for new development is absolutely key and looking at the big, long-term picture, that’s the major constraint,” Wachter said. “Available land for development where there are jobs, or infrastructure to get to jobs, is limited.”

“On top of that, you have a lot of local land use restrictions that make it more difficult to build higher density development,” Murphy said.

This is a double-whammy on the demand side, he added. “There’s an affordability that comes with density and in a lot of America, you can’t build that kind of housing. This just makes it harder for the market to supply this housing en masse.”

Experts say there is one sense in which the pandemic may have generated an unexpected silver lining that could relieve some of the pressure: With more workers asking — or demanding — to work remotely, demand for homes in and around expensive metro areas could ease a bit as people seek out smaller cities with lower costs of living.

“If we see a substantial increase in the proportion of the workforce working remotely, then I think we’re going to continue to see some of this shift to single-family and this shift not just to suburban, but to the outer edges of metro areas,” Nothaft said. “When you sever that link between where you live and where you work, then that gives you a lot of flexibility on where you locate.”