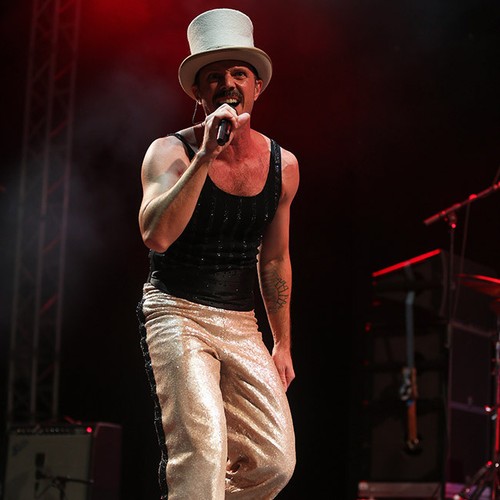 The ‘I Don’t Feel Like Dancin’ hitmakers haven’t released an album since 2012’s ‘Magic Hour’, and their most recent release was 2017 charity single ‘Swerlk’.

Jake told NME’s ‘In Conversation’ series: “I really want to make another Scissors record – I don’t know when that’s gonna be.

“[In a way], I feel like I’m making the music [now] that I would be making if Scissor Sisters were still together.”

Jake suggested a reunion could be as simple as making sure everyone – including former bandmates Babydaddy, Ana Matronic, Del Marquis and Randy Real – is in the same place in terms of schedule and motivation, and he wouldn’t want to force anyone into it.

He added: “I think so. I think everybody would need to want to do it. I don’t wanna twist anybody’s arm – that would be no fun.”

And he ruled out the idea of getting the band back together for a nostalgic anniversary run, even with ‘Magic Hour’ turning 10 next year.

He explained: “I don’t think I would be into that. I would want to make new music.”

Meanwhile, the ‘Take Your Mama’ singer described his new solo album – the follow-up to his 2018 self-titled debut – as a “party record” with new single ‘Do The Television’ dating back to Scissor Sisters’ ‘Night Work’ era.

He said: “The original sketch [for the song] was very different.

“It didn’t have that big lift or that funky Lionel Richie vibe towards the end. It was a very different song, but I’m really happy with how it turned out.”