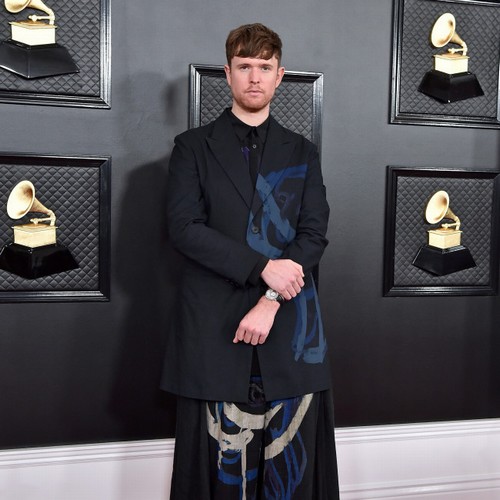 James Blake will release his fifth album ‘Friends That Break Your Heart’ later this year.

The 32-year-old singer-songwriter has unveiled plans for his upcoming record – which will be his first full length LP since ‘Assume Form’ in 2019 – and it’s set to drop on September 10.

To celebrate the announcement, he’s also released new single ‘Say What You Will’ on Friday (23.07.21), and he described it as a track about “finding peace” within himself.

He said: “The song is about finding peace with who you are and where you’re at regardless of how well other people seem to be doing.

“Comparison really is the thief of joy.”

He unveiled the track this week alongside Annie Mac on BBC Radio 1 for ‘Hottest Record in the World’, and the music video has been launched featuring a guest appearance from Finneas.

The album will feature collaborations with Monica Martin, JID & SwayVay and SZA.

Back in December 2019, James opened up about his new approach to songwriting after becoming “comfortable” in his “own skin”.

He explained: “I’m trying to dive into the most free, un-self-conscious part of myself.

“I think it’s easier once you’ve gone through the tough 20s.

“I’m 31 now and I feel like I’ve been through the worst of the turbulence, and a lot of the things that would plague my mind when writing and performing are easing up and I’m feeling comfortable in my own skin.”

And he had previously admitted he wouldn’t be “making a promise” with regards to whether he’ll be releasing a new album.

Speaking earlier in 2019, he said: “We’ll see what kind of takes material form.

“With all this stuff, I am guilty of kind of making a promise to myself before I know I can keep it sometimes with songs, or with albums, or whatever. “This time, I just wanna keep the innocence of being in a room and just making some music and not really caring where it goes.”

‘Friends That Break Your Heart’ tracklist:

11. ‘Friends That Break Your Heart’