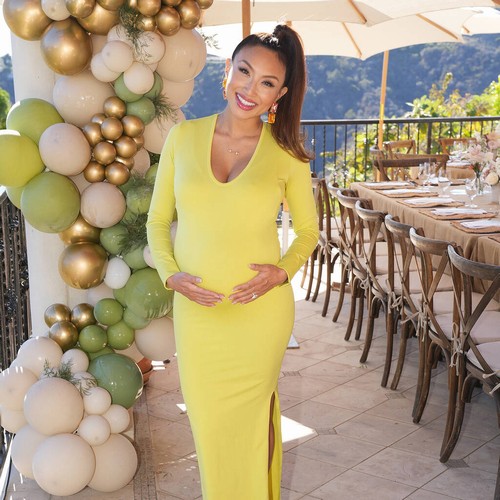 Jeannie Mai has welcomed her first child with husband Jeezy.

The Real co-host announced the arrival of her baby on Instagram on Tuesday by sharing a picture of a footprint-covered blanket in a cot labelled “Jenkins”.

“I asked God for a life of love and happiness. He sent me my family. Baby Jenkins is here,” she wrote in the caption with baby bottle and love heart emojis.

The 43-year-old didn’t share any further details about the baby, such as its name or gender, or when it was born.

She announced her pregnancy on the talk show back in September, telling her co-hosts, “I can definitely say that our Real fam is growing, and it’s been really hard to keep all of these secrets for you guys because we’ve had so much to reveal here at the show, including the fact that I am pregnant!”

Jeannie and Jeezy, 44, got engaged in March 2020 and married in an intimate ceremony at their home in Atlanta, Georgia a year later.