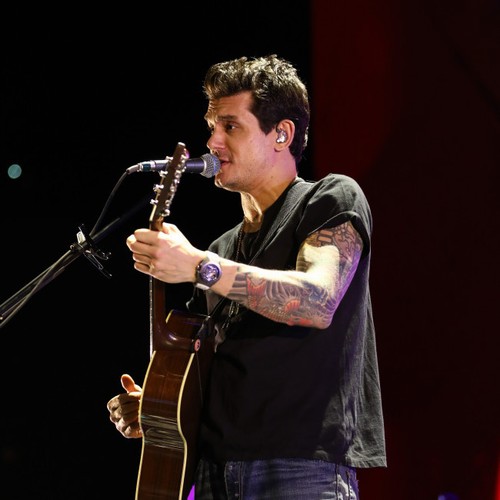 John Mayer has pulled out of Dead & Company’s Playing In The Sand festival, due to a positive COVID-19 test.

After his bandmate Bill Kreutzmann was forced to miss the upcoming gigs in Mexico’s Riviera Cancún on doctor’s orders relating to a heart condition, the 44-year-old rocker will also be unable to perform at the event, which kicks off on Friday (07.01.22) to January 10, and again, on January 13 until January 16.

Dead & Company wrote on social media: “Today, just prior to leaving for Mexico, per his physician, @JohnMayer tested positive for COVID-19 and will be unable to perform at the upcoming ‘Playing in the Sand’ event in Riviera Cancun January 7-10.”

The supergroup – also comprising Bill’s fellow surviving Grateful Dead band members Bob Weir and Mickey Hart, plus Jeff Chimenti and Oteil Burbridge – will have ex-Primus drummer Jay Lane, who has previously stepped in for the sticksman, with them, plus Margo Price.

Announcing the lineup changes, they added: “The weekend will now feature Dos Hermanos con Amigos: @MickeyHart and @BobWeir with @JeffChimentiMusic and @Oteil_Burbridge, joined by @LuvrzLane, Tom Hamilton @trhjunior and including special guests and sit ins including @MissMargoPrice and others.”

Bob added: “We came down here to have fun. Unfortunately some of our brothers cannot make it but fun is what we’re going to have.”

Making light of the situation, Bill had joked on Twitter: “After a lifetime of playing special beats, it’s almost no wonder that my heart came up with its own idea of rhythm.”

The 75-year-old musician vowed to return to the stage and insisted he has “a lot of music left in me” yet.

He continued in the statement: “All jokes aside, my doctor has ordered me to take it easy (and stay safe) through the end of January so that I can continue to drum and play for you for many tours to come. I have a lot of music left in me and there’s no stopping me from playing it.

“I’ve never been one to obey orders or play by the rules, but in the interest of longevity, I hope you’ll understand.”