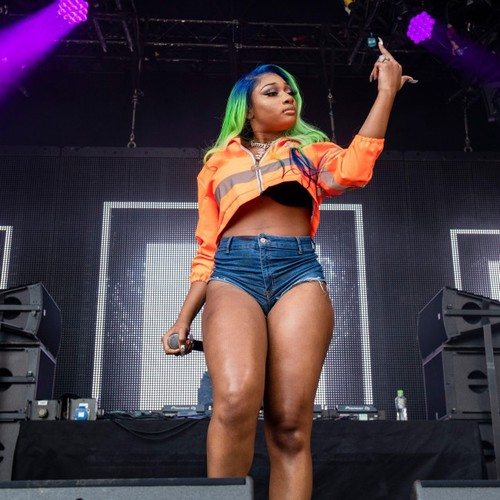 A judge has granted Megan Thee Stallion permission to release her remix of BTS’ ‘Butter’.

The ‘Savage’ hitmaker accused her label, 1501 Certified Entertainment, and distributor of preventing the track from being released in a petition filed in a Texas court on Tuesday (24.08.21).

Fortunately, the 26-year-old rapper was granted emergency relief to release the new version of the K-Pop septet’s song on Friday (27.08.21).

The ‘WAP’ star – whose real name is Megan Pete – had insisted not letting the remix be shared with the world would put “her music career will suffer irreparable damage, including a devastating impact to her relationships with her fans and with other recording artists in the music industry”.

According to Variety, the Grammy-winner’s lawyer also claimed that 1501 didn’t think the remix was “good for her career as a recording artist”.

It’s not the first time Megan has accused her record label of blocking the release of her new music.

The ‘Hot Girl Summer’ rapper revealed in March 2020 that she tried to negotiate aspects of her contract with 1501 after signing a deal with Jay-Z’s Roc Nation management – who she praised as “real” – who enlightened her to some of the clauses in the deal with the former label, and claimed they were blocking her from putting out her new material.

Speaking to her fans on her Instagram Stories, she said at the time: “When I signed, I didn’t really know what was in my contract.

“So when I got with Roc Nation [founded by Jay-Z], I got management, real management.

“I got real lawyers, and they were like, ‘Do you know that this is in your contract?’ And I was like, ‘Oh that’s crazy, no I didn’t know.'”

Megan added how things turned sour as soon as she tried to amend the contract.

She continued: “As soon as I said I wanna renegotiate my contract, everything went left. It just went all bad.

“So now they’re telling a biatch she can’t drop no music. It’s really just, like, a greedy game.”

Megan had insisted she is “not a greedy person” and doesn’t like “confrontation”.

She concluded: “I’m not a greedy person. I’m not a person that likes confrontation. I’m nice and I’m real family-oriented.”

Megan’s label’s co-founder, Carl Crawford. had his say on the situation.

Alongside a video of himself with music executive J. Prince, he wrote on Instagram: “At a time when loyalty is at an all time low it’s nice to be link with @jprincerespect who is steady teaching me how to move in this cutthroat industry. And I know that terrifies some especially the ones who double cross me #Paybacksabitch #1501 #mobties (sic)”

When quizzed by a follower on whether she had read the small print correctly, Megan replied: “It’s not that I literally didn’t read it it’s that I didn’t understand some of the the verbiage at the time and now that I do I just wanted it corrected.”