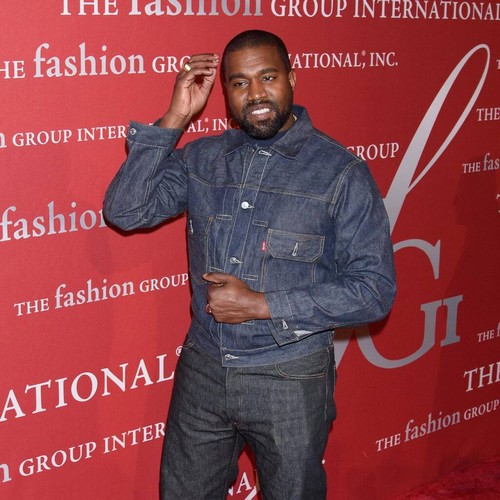 For the third listening party for his upcoming album, the Stronger rapper returned to his hometown of Chicago to perform at Soldier Field stadium, where a replica of his childhood home topped with a cross was erected.

During the event, West, covering his face in a black balaclava and black baseball cap, brought out a succession of guests onto the front porch of the house, and in typically controversial fashion, these included Manson and DaBaby.

Manson was dropped by his record label, agency and management earlier this year after several women, including former fiancee Evan Rachel Wood, accused him of abuse, allegations he has denied. DaBaby was dropped from several festival line-ups after he made homophobic comments and incorrect claims about HIV and AIDS on stage in July.

According to reports, DaBaby now has a verse on one of West’s new songs, seemingly replacing the JAY-Z verse heard at the previous album listening parties.

And they weren’t the only notable guests – West’s estranged wife Kim Kardashian also made an appearance, walking across the field in a Balenciaga Couture wedding dress and veil for the final song of the show, No Child Left Behind. When she reached the rapper, he took off his balaclava and smiled.

Moments before her appearance, West shocked concertgoers by setting himself on fire within the home and sitting there for several seconds as the room became consumed by flames. He then walked out of the front door and down the steps before the fire was extinguished.

Donda, named after West’s late mother, has been delayed multiple times and is now believed to be released on 3 September.