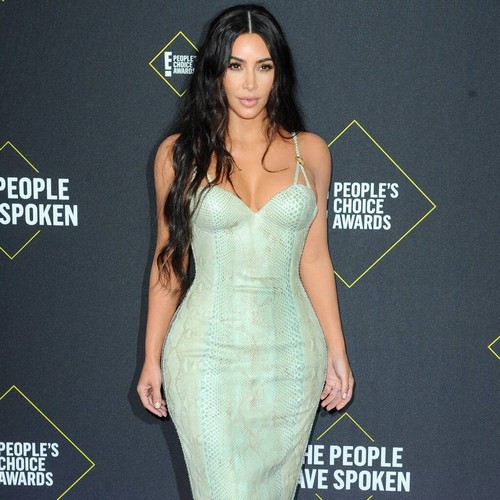 Kim Kardashian made a surprise appearance at her estranged husband Kanye West’s release party for his new album, Donda.

The SKIMS founder attended the Mercedes Benz Stadium in Atlanta for a listening event to celebrate the new tracks on Thursday, and was accompanied by the four children she shares with the rapper.

The estranged couple wore matching red outfits to mark the launch of West’s tenth studio album. Kanye matched the look with a full coverage face mask, an accessory he’s been been spotted in on numerous occasions preceding the album release.

The invite comes six months after the reality star filed for divorced from the rapper, who she married in 2014.

According to People, Kanye is “keeping things amicable with Kim so the kids can be happy”, and the couple is still learning how to co-parent.

Kim was spotted celebrating Kanye’s birthday in France last month, and included him in a Father’s Day tribute on Instagram.

Kim talked about how she feels about their relationship post-divorce at The Keeping Up with the Kardashians finale, sharing: “I respect him so much and you know, (Kanye) was my friend first, first and foremost, for a long time, so I can’t see that going away.”

Kanye was recently linked to model Irina Shayk, his first romance since the pair called it quits.