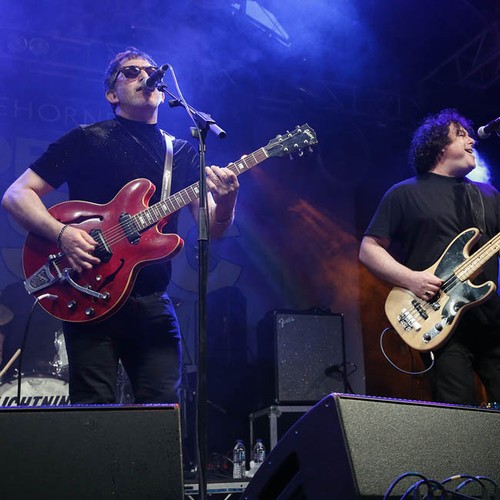 The Lightning Seeds founder – who co-wrote the 1996 England football anthem with comedians David Baddiel and Frank Skinner – admitted he has reservations about performing the track, but now he feels like it belongs to everybody after a resurgence in popularity following the 2018 World Cup and this year’s Euro 2020 tournament.

He told the Daily Star newspaper’s Wired column: “It’s a lovely feeling in the country again. It seems at that point that it’s everyone’s song.

“I used to feel uncomfortable performing it, especially without Frank and Dave, but now it’s been done so many times it’s everyone’s song.”

The musician – who has had “an up and down relationship” with the hit single – explained he was worried it would “overshadow” his other work, but he changed his stance after the national team’s 2018 World Cup run which saw them reach the semi finals.

He said: “I’ve had an up and down relationship with the song, but I feel great about it at the moment.

“There was a point when it threatened to overshadow the band everything else because it was such a phenomenon.

“It came back a few times, then with the last World Cup with that lovely feeling in the country again with the team playing well, I’ve loved it.”

Meanwhile, Ian is focused on the future and described the upcoming new Lightning Seeds album as a “positive” record without the pressure of trying to outdo his previous work.

He added: “Once I put that one of my head, I realised what I do will always sound like me and I’m just going into uncharted waters slightly.

“It’s a positive album but a very thoughtful album as well.”