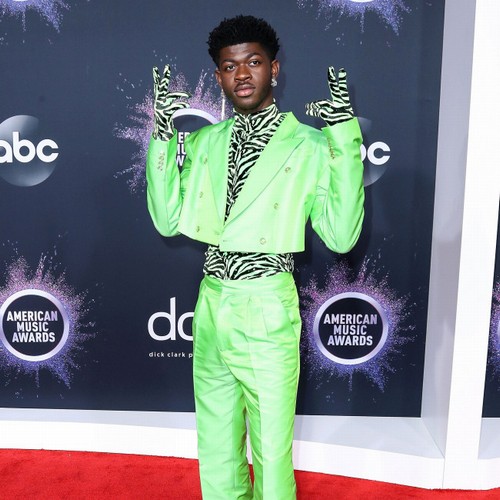 Lil Nas X says Frank Ocean and Kevin Abstract inspired him to be open about his sexuality.

The 22-year-old star revealed that Frank opening up about his relationship with a man and Kevin coming out as gay in 2016, inspired him to be himself.

In an interview for VMAN.com, Kevin asked Lil Nas: “Do you feel like if there weren’t artists like Frank [Ocean] that came before you, you still would’ve had the courage to be as open as you are about who you are?”

Nas replied: “I feel like without Frank and people like you – it definitely would’ve been much more scary. I feel like for everybody, no matter who the artist is, there’s always some person that in some way made them feel slightly more okay with doing something and being themselves…you know? That’s what you guys did for me.

“Honestly, you did that for me, at a time where I wasn’t fully comfortable with who I was. Especially ‘cause you’re like, really straightforward a lot of times with your lyrics. With a lot of gay artists, understandably, it’s very much metaphor. It’s almost like this could possibly be about a guy.”

Lil Nas X says his sound is evolving all the time and right now he considers himself more popstar than rapper.

He explained: “I’m definitely much more of a pop star now than a rapper. If you asked me that two years ago, I would’ve said rapper.

“I feel like I’m much less concerned about anybody’s thoughts and opinions on what I decide to do. The only opinion that matters is my own, especially when it comes to what I create.”