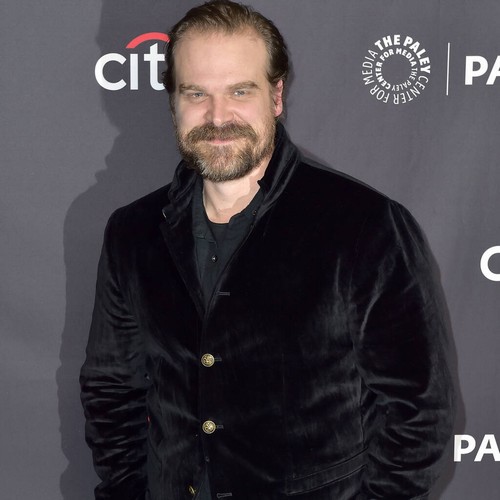 David Harbour says his now-wife Lily Allen fell in love with him when he was at his worst “physically”.

The Stranger Things star reveals he weighed 280 pounds and sported a bushy beard when he and the Smile singer went on their first date, but Lily seemed to like his look as Russian “super-soldier” Alexei Shostakov – the role he was playing at the time in the Marvel blockbuster Black Widow.

“It’s a true testament to my undeniable charisma when I say that my wife met me at 280 pounds with this beard and this hair,” he tells the New York Times. “We went on a date at the Wolseley (restaurant) in London, and she really fell for me at my worst, physically and hair-wise.”

David claims Lily was such a fan of his beard and weight gain that she had “mixed feelings” as he started to get back into shape.

“So as the thing went on, I started losing the weight and working out. And she honestly has some mixed feelings about it. Which is a good place to be in a relationship,” he recalled.

“It’s really good to start the relationship from that part, as opposed to being the young, handsome buck and watching yourself degenerate over the years.”

David and Lily got married in a low-key ceremony in Las Vegas last September.