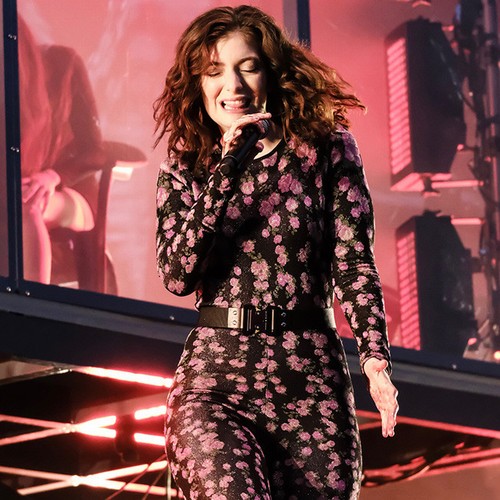 The 24-year-old singer compared her relationship with songwriter Jack, 37, to a “platonic marriage” and says they never get sick of each other.

Speaking to ‘Ash London Live’ on Australia’s Hit Network, she explained: “Jack came to New Zealand a couple of times. I would go to LA every once in a while pre-pandemic. We did a big stint together in New York at the end of last year and just finished things off just the two of us alone at an empty studio which was kind of eerie and fun. There was lots of FaceTiming at weird hours too, it was pretty tricky.

“We had a solid six months at the start of the pandemic. Jack’s and my relationship is really deep and is like a marriage in some ways, a platonic marriage. We’re in it for life I think at this point. We’ve been very close for five or six years now, we don’t seem to get sick of each other. But who knows, anything could happen.”

Lorde – who remains out of the limelight when she is not working – also revealed she prefers being a “normal person” to a pop star.

She said: “The good thing about the way I do it is that I get to be a normal person for years at a time and then I have six weird months that are really fun and surreal and busy and then I go back to being a normal person. I never feel like I’m depriving myself.

“Sometimes I think I romanticise how fun it was going to be inside cooking all day.