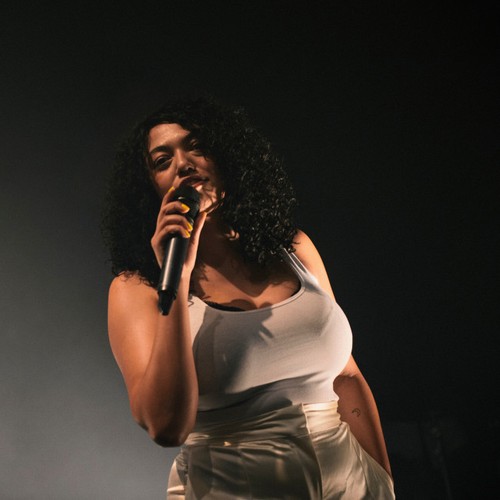 The Grammy-nominated artist has followed up February’s Rico Nasty-featuring ‘Jealous’ with the new R&B-dance track, which samples Montell Jordan and LL Cool J’s 1999 hit ‘Get It On Tonite’.

Mahalia said: “I’m so gassed to be releasing this song.

“I remember the first time hearing Montell Jordan’s ‘Get It On Tonight’ in ‘Save The Last Dance’ when I was a kid.

“It’s been a song that has made me wanna dance ever since and sampling it in ‘Whenever You’re Ready’ is really special to me. I had so much fun writing it with MNEK and Two Inch Punch.

“I was going through a breakup at the time and really wanted to capture this part of that process. It’s my new summer jam. I hope everyone loves it as much as I do. “

MNEK – who has also co-written and produced hits for the likes of Little Mix, Dua Lipa and Beyonce – added: “I’ve known Mahalia for years. I resonate with her as someone who also started in this industry in my early teens and had to navigate and essentially develop professionally and personally at the same time in that way.

“There always has been something so special about what Mahalia brings to music & I’m glad the world is seeing it. Her pen, her voice, her vulnerability, her vibe – I love her and this song a lot.”

Meanwhile, the Neo-soul singer previously insisted she will always remain humble and grounded because her family and close friends won’t let her get too big for her boots.

Mahalia – who released her acclaimed debut studio album, ‘Love and Compromise’, in 2019 – also admitted she prefers to be in their company over people in the music industry.

“I guess even though I am an artist and I got the odd gig, or the odd event, I really don’t surround myself with people in the biz.

“So that means I’ve just stayed me.

“I really do love and care about all the regulars in my life because apart from the music world that is my whole life.

“Both of my best friends have babies, they take their dogs for a walk, have jobs, and just regular lives.”