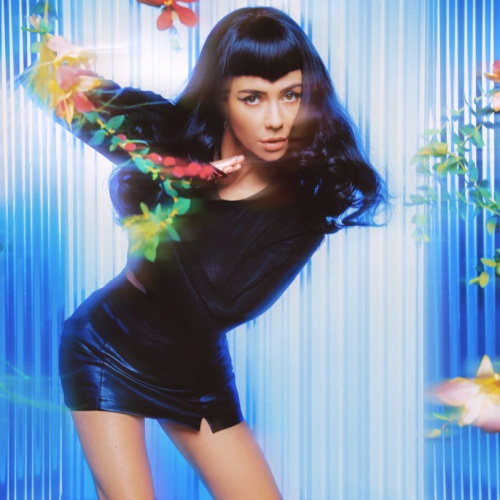 ‘Ancient Dreams In A Modern Land’ includes the brand new single, ‘Venus Fly Trap’, available now at all digital platforms. “Whatever you give life/you will get back”, sings MARINA on the self-assured track, accompanied by a mesmerizing new official video.

MARINA has also unveiled plans for the ‘Ancient Dreams In A Modern Land Tour’, set to arrive in the UK on May 17, 2022 at Edinburgh’s Corn Exchange and then travel through the month (see itinerary below). Dates include Manchester on May 20 and London on May 22. Fan presales begin Monday, June 14 at 10am (local). Remaining tickets will be released to the general public on Friday, June 18 at 10am (local). For complete details and ticket and VIP availability, please visit marinaofficial.com/tour. ­­­

MARINA will further mark today’s release with a global livestream concert event, ‘MARINA Presents ANCIENT DREAMS Live From The Desert’, hosted by the premium digital live platform, Moment House. The one-night-only concert experience will see MARINA and her band performing the new album in its entirety for the first time ever – along with some fan favorites – live in the remote California desert. A unique “Deconstructed Dreams Afterparty” featuring a behind-the-scenes album breakdown by MARINA and fan Q&A will accompany the stream, along with limited meet & greets and exclusive merch. ‘MARINA Presents ANCIENT DREAMS Live From The Desert’ will premiere June 12/13 (depending on territory) exclusively via Moment House, with broadcasts to various regions around the world including North & South America, Asia, Australia & New Zealand, and the UK, Europe, & Africa. For tickets and additional information, please visit momenthouse.com/marina.