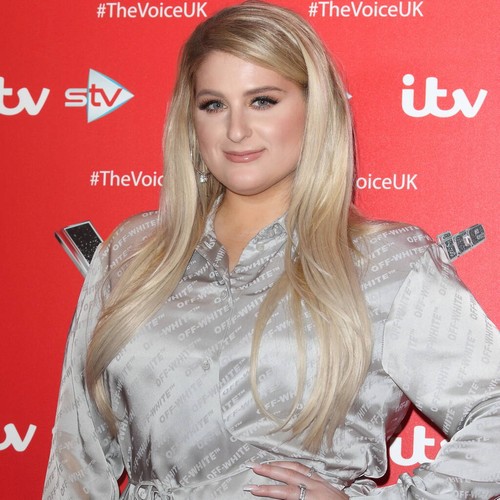 Meghan Trainor “never felt guilty” about giving her baby boy formula when she struggled to breastfeed shortly after giving birth.

The All About That Bass hitmaker welcomed her first child with husband Daryl Sabara in February, but young Riley had a rough start to life as he initially struggled to breathe following his birth, and then spent some time in the neonatal intensive care unit, where he was given a feeding tube.

The singer tried her best to breastfeed her newborn, but after facing a series of challenges, she decided turning to formula and bottle-feeding her son was the best decision for the both of them.

“I did a lot of research before of like, ‘Why is breastfeeding so hard?’ Especially with a (Caesarean) section, my body wasn’t like, ‘Alright, time to make milk,'” she told U.S. breakfast show Today.

“I was pumping as soon as I got to my (hospital) room after the C-section and nothing was happening. I really struggled making milk. So finally, I was like, ‘I’m done!'”

Trainor had a healthy approach to making sure her child was fed and therefore “never felt guilty” about opting to bottle-feed – and those around her were fully supportive of her decision.

“Everyone was like, ‘Good for you. I’m proud that you even tried,'” she shared.

Riley, now five months old, is the “smiliest, happiest baby”, and Trainor is enjoying every moment spent with the tot, who made his TV debut on Today on Thursday as he joined mum and dad onscreen.

“If I walk in a room, he just lights up, (he has) the biggest smile,” she gushed. “No one told me he’s gonna love you so much and light up when you walk in a room. You’re like, ‘Oh my goodness. We’re his everything.'”