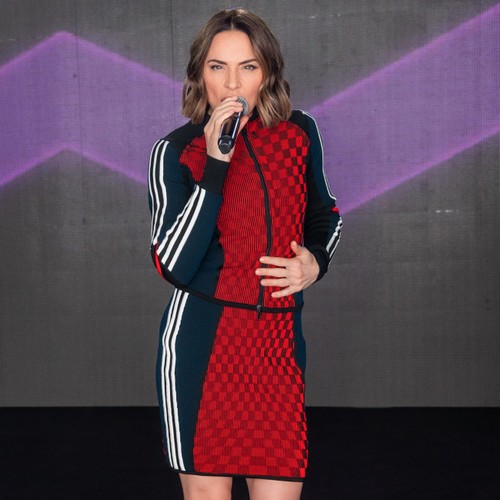 The Spice Girls star has compared the ‘Shout Out To My Ex’ group’s lineup changes to the moment Geri Horner quit the ‘Wannabe’ hitmakers in 1998, and she insisted Jade Thirwall, Leigh-Anne Pinnock and Perrie Edwards will be “fantastic” as a trio.

She told the Daily Mirror newspaper: “I absolutely adore Jesy, but the three girls carrying on I think are as fantastic now as they’ve ever been and they’ll all continue to do great things whatever they do.

“They are all incredible vocalists and great role models as well.”

Jesy stunned Little Mix’s fans when she revealed in December she was leaving after a decade to focus on her own mental health.

And despite her confidence in the former ‘X Factor’ champions to move on after her shock exit, Sporty Spice admitted Geri leaving was “tough” on the rest of the band.

She added: “It was tough. With our experience with Geri leaving we missed her. We went through a phase of being quite angry with her.

“But we understood it was something she needed to do and she did make her apology at Wembley a few years ago, to the fans and us actually.

“Now so much water has gone under the bridge. Life is full of so many twists and turns and nothing stays the same. You have to be adaptable and ready for change.”

On the last show of Spice Girls’ 2019 reunion tour, Geri apologised for leaving the group and insisted she was “being a brat”.

She told her bandmates and the Wembley Stadium crowd: “I’m sorry. I’m sorry I left. I was just being a brat… It is good to be back with the girls I love.”