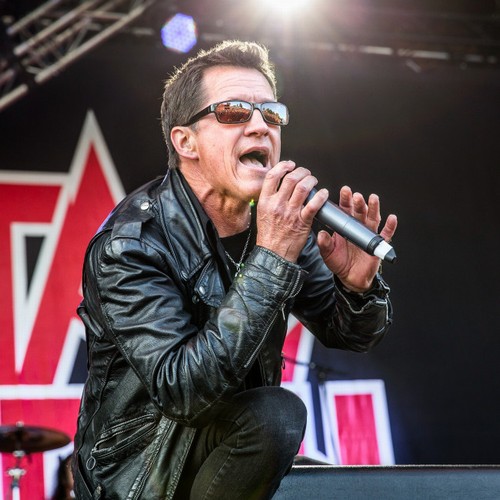 The heavy metal star, 55, passed away at his home in California, the band confirmed on their social media pages.

The statement read: “It is with our deepest regrets that we must announce the passing of our brother, our friend and true legend of heavy metal music.

“Mike Howe passed away this morning at his home in Eureka, California. We are devastated and at a loss for words. Please respect our privacy and the Howe family’s privacy during this most difficult time.”

A cause of death is not known at this time.

Mike joined the group – who were part of the Seattle heavy metal music scene of the 1980s – in 1988 following a stint with thrash metallers Heretic and replaced David Wayne.

Heretic also posted a tribute to Mike on Facebook, which read: “Saddened to hear of the the passing of former HereticMetal vocalist Mike Howe. R.I.P. (sic)”

The singer performed lead vocals for Metal Church until they went their separate ways in 1996, before returning two decades later in 2015.

During his time out, Mike worked as a carpenter to support his family.

He reflected: “When Metal Church broke up it was a very sad thing. I loved being in Metal Church and I felt that was my identity.

“I left primarily because of the business of music and how difficult it was navigating management, record companies, and outside forces that were ruining the band and my love of music. When I quit Metal Church and went off the road, I felt damaged about music in general that I loved. I felt hurt and angry about it all.”

Kurdt Vanderhoof currently leads the band – which is also comprised of Steve Unger, Rick Van Zandt, and Stet Howland – and they recently revealed a new album is due for release next year.