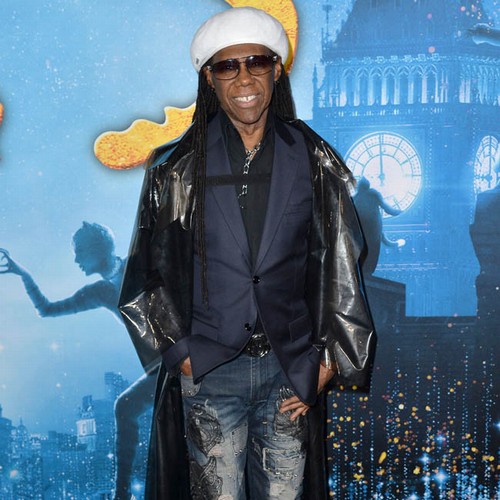 Nile Rodgers has 11 televisions switched on “24 hours a day” at his home to create white noise.

The Chic legend has revealed he needs a “distraction” when he is writing songs and he wouldn’t be able to “function” without having the television sets on in the background.

Nile told The Sunday Times newspaper: “Music is at the heart of everything I do and it never leaves my day. I think in music, not words, and I have this hyperactive music machine for a brain, which is a blessing and curse. It’s always composing, but don’t get me wrong: it’s not always good stuff. Most of it is ridiculous stuff but, boy, does it have me interested.

He added: “I need a distraction to narrow my focus, so I have televisions switched on all over my house 24 hours a day, creating a white noise in the background. The cable company says I have the most TVs in one house — it’s 11 right now — of anyone they’ve ever known, but I just can’t function without that distraction.”

When he’s not in the studio, the ‘Le Freak’ hitmaker – who has worked on hits for the likes of David Bowie, Madonna and Diana Ross – likes to unwind by taking a holiday or playing his beloved guitar.

He said: “Some people’s days wind down gradually, but I’ve never been like that. I take vacations to relax — or holidays as you chaps say — but my day only slows down by accident. I might just fall asleep by accident, but usually, even after I’ve eaten — more of yesterday’s increasingly delicious leftovers — I’ll be answering emails or indulging in my only hobby, which is practising my guitar, which people might be surprised that I still need to do.”

And even when he’s sleeping, the 68-year-old music legend still has his television set to the same noise level as window-shaking supersonic jet Concorde.

He added: “My head never hits the pillow at a set time as I’ll always be trying to clear tomorrow’s email backlog today while the bedroom TV is on and set to the same decibel level as Concorde. I always fall asleep with the TV on, only to wake the next morning when I just laugh and think to myself: ‘Jesus, how the hell did I sleep through that?'”