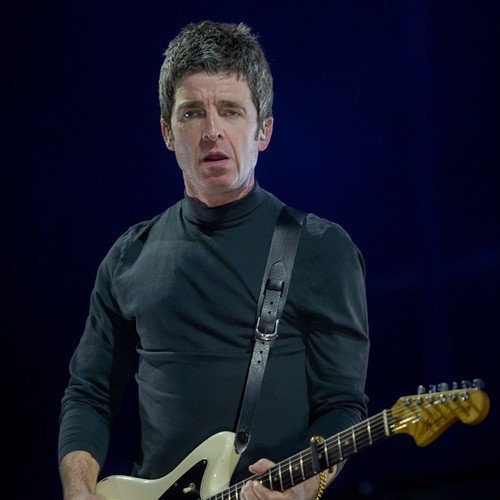 Noel Gallagher says the women in his band the High Flying Birds have changed his songwriting.

The 54-year-old rock legend already had Jessica Greenfield, Charlotte Marionneau and YSEE in his group and he has now added three backing singers known collectively as Roxy.

The trio feature on the songs ‘We’re on Our Way Now’ and ‘Flying on the Ground’ which he recorded for his compilation album ‘Back the Way We Came: Vol. 1 (2011–2021)’ and he admits he is writing all the tracks for his next studio LP with the sound of his new female vocalists in his head.

Speaking in a fan Q&A posted to YouTube, he said: “What I’m into in a minute, I’ve got these three girls who do backing vocals and they’re called called Roxy. The single ‘Flying on the Ground’, when I was doing that I thought the song was good, and I thought it would turn out good, but they come up with this backing vocal part and when they sang it on the track it elevated it.

“Every time I write a song now I hear those girls in the background somewhere doing something amazing.”

Noel released the best of album to celebrate the 10-year anniversary of his solo career, and he admits leaving Oasis and spreading his musical wings without the tensions between him and his younger brother and bandmate Liam Gallagher has been a wonderful experience.

The ‘Little By Little’ singer says the only thing he misses about Oasis is that he can no longer party all night because he has to protect his singing voice, whereas in Oasis Liam, 48, was responsible for singing the majority of the songs in the setlist.

He said: “I used to go on tours, when I wasn’t the frontman, and be up to four or five o’clock every morning, with Gem [Archer] mostly, shouting and smoking and having it in the dressing room. In Oasis I would warm up to my bit in the middle, you know, warm up to do the backing vocals, whereas now you’ve got to be on it from the first song, so it’s kind of clipped my party wings.