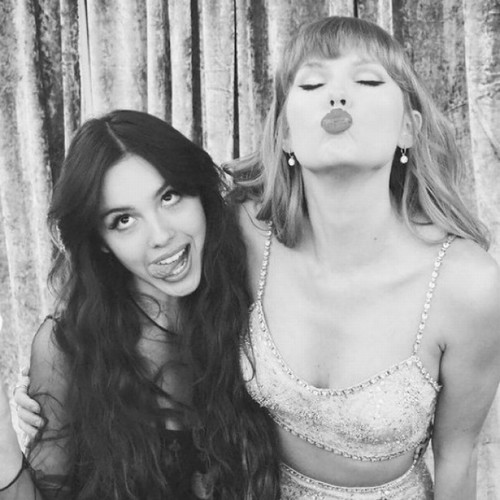 The ‘good 4 u’ hitmaker’s metadata for the ‘Sour’ single changed on streaming services Spotify and TIDAL to include the three artists.

She explained: “I wanted [the bridge] to be really high energy because the rest of the song is very serene and eerily calm.

“But I wanted the last bridge to kind of go crazy and I love ‘Cruel Summer,’ it’s one of my favorite songs ever. I love the harmonised yells she does. I feel like they’re super electric and moving, so I wanted to do something like that.”

Jack co-wrote and co-produced the song with the ‘Shake It Off’ hitmaker.

Meanwhile, Olivia recently revealed she would love to feature on Taylor’s re-recording of ‘Speak Now’.

The music star revealed the US megastar’s 2010 record is her “favourite” of her back catalogue, and after the likes of Keith Urban and Maren Morris featured on previously unreleased tracks from Taylor’s vault for the re-recording of her 2008 LP ‘Fearless’, Olivia has put it out there that she’d love to duet with her idol.

Speaking about her dream collaboration, she said: “My favourite Taylor Swift album is ‘Speak Now’.I would love to be on a ‘Speak Now’ song. I’m just so excited to listen to them, though. I love listening to the vault recordings and stuff like that.

“I’m gonna own my masters, but I’ll listen to songs I’m not putting out and be like, ‘Maybe I’ll do a vault thing when I’m Taylor’s Swift’s age.'”

What’s more, the singer-and-actress was sent a handwritten note from the Grammy-winner after she skyrocketed to fame, and while she doesn’t want to “divulge too much” about what was said, Olivia did reveal Taylor told her that “you make your own luck in the world”.

She shared: “I don’t want to divulge too much because it’s really sweet and personal, but she talks a lot about how, I think, you make your own luck in the world.

“And when you do kind things to others, good things come your way. I don’t know, she put it so eloquently, and when I say it now … it’s not as cool.”