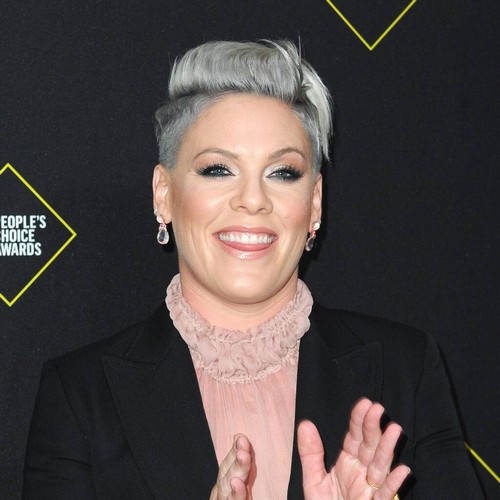 Pink has offered to pay the fines for the Norwegian women’s beach handball team after they were penalising for protesting the league’s dress code.

The protest took place last week during Norway’s bronze medal match against Spain in Varna, Bulgaria during the European Beach Handball Championships. The team opted to wear bike shorts instead of the sport’s mandated bikini bottoms, with the athletes noting that the men’s handball team can wear tank tops and shorts.

Officials at the European Handball Federation (EHF), which oversees the competition and reinforces the dress code, hit the team with a $1,765 (£1,283) fine for the move, citing “a case of improper clothing”.

On Sunday, the Raise Your Glass hitmaker took to Twitter to show her support for the team’s protest and extend her offer.

“I’m VERY proud of the Norwegian female beach handball team FOR PROTESTING THE VERY SEXIST RULES ABOUT THEIR ‘uniform’. The European handball federation SHOULD BE FINED FOR SEXISM,” she tweeted. “Good on ya, ladies. I’ll be happy to pay your fines for you. Keep it up.”

Pink joins a chorus of voices online who have shown support for the team amid the move.

After the backlash, EHF President Michael Wiederer released a statement saying the organisation intends to revaluate the rules.

“I can confirm that the EHF will do all it can to ensure that a change of athlete uniform regulations can be implemented,” he said. “Significant efforts will be made in order to further promote the sport in the best way possible for everyone, regardless of gender.”

Officials at Norway’s Handball Federation (NHF) have previously stated that they would pay the fine.