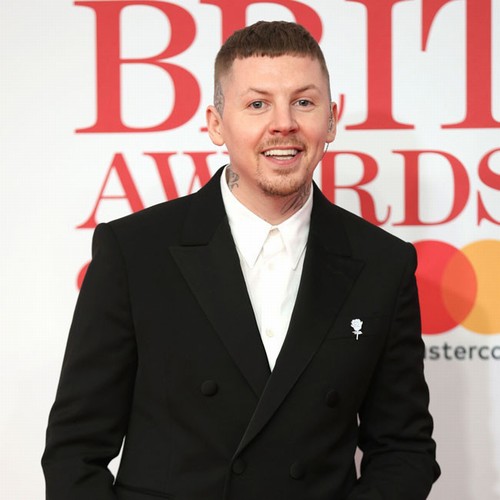 Professor Green is “content” now he doesn’t feel “pressure” to be successful.

The 37-year-old rapper – whose real name is Stephen Manderson – admitted it’s “incredible” to still be making music, more than a decade after he began his career and he feels like he now has more “freedom” to do what he wants than ever before.

Discussing his career highlights, he told OK! magazine: “There have been so many. Even recently, to sign one of the best record deals of my career.

“It’s incredible to be this far into a successful career, which started in March 2009.

“I’m 37 and I now have the freedom I always craved. I have no pressure.

“I’m not chasing anything or pinning happiness on anything. I’m very content.”

The ‘Lullaby’ hitmaker has finally learned the importance of taking time off and better understands how it can benefit him in the long term.

He said: “For someone who works a hell of a lot in and around mental health advocacy, I talk a really good game about taking care of myself.

“But I’m only starting now to have time off from it all. I’m only now putting into practice that it’s good to stop and take stock.

“It doesn’t mean you’re not going to get another opportunity if you say no to another tour.

“It means you might have a break which will inspire creativity and give you room to write records.”

And the ‘Just Be Good To Green’ hitmaker – who has four-month-old son Slimane with partner Karima McAdams – feels he’s able to live in the moment more instead of constantly having to plan ahead.

He said: “The cool thing is that anything good that happens now, I’m in a place where I can actually enjoy it.

“I’m not in the hamster wheel with that perpetual state of ‘What’s next?’

“It’s cool that after all these years to have all of these plates spinning, and then in between that, my family and my home.

“But for the first time, my personal life is not suffering because of my work, which it has done previously.”