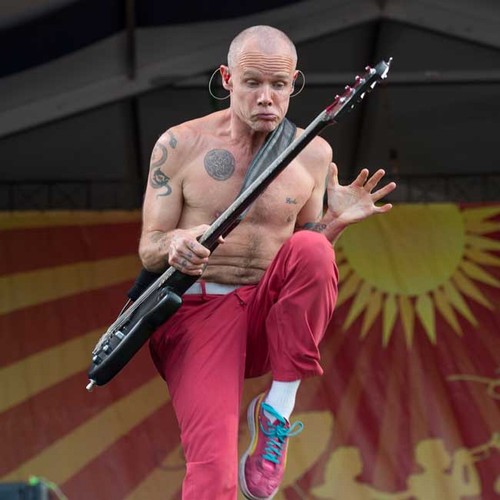 The Red Hot Chili Peppers will reportedly sell their entire back catalogue for $140 million upwards.

According to Billboard, Anthony Kiedis and co are closing in on the biggest deal yet between Hipgnosis Songs Fund and an artist.

The investment company – which was founded by Merck Mercuriadis and Nile Rodgers – is believed to have paid the whopping sum for the rock band’s biggest hits, including ‘Under The Bridge, ‘Give It Away’ and ‘Californication’.

Hipgnosis already owns the entire back catalogue of former Fleetwood Mac guitarist Lindsey Buckingham and 50 per cent (1,180 songs) of Neil Young’s music collection, the latter of which is said to have sold for an estimated $150 million.

However, their biggest acquisition was $323 million for a sizeable amount of Kobalt Music Group’s artists’ works, including Fleetwood Mac and George Benson.

Meanwhile, RHCP have been working on new music since reuniting with Josh Frusciante.

The 51-year-old guitarist re-joined the band at the expense of Josh Klinghoffer in 2019, following more than a decade’s hiatus.

And in October, he discussed penning new material with the ‘Dani California’ group.

“We’re moving ahead with what we’re doing, writing new music.”

Earlier this week, drummer Chad Smith – who completes the lineup with bassist Flea – gave an update on their follow-up to 2016’s ‘The Getaway’.

He said: “There’s a gag order on me, I guess I do so many Zooms and they’re just like, ‘Why did you say that?’ … There’s something coming! I can say this: we’re making a record, we’re making new music and it’s very exciting. I don’t know when it’s coming out, but we can’t wait for people to hear it. And we can’t wait to perform for people, just like everybody else that really misses that experience.”