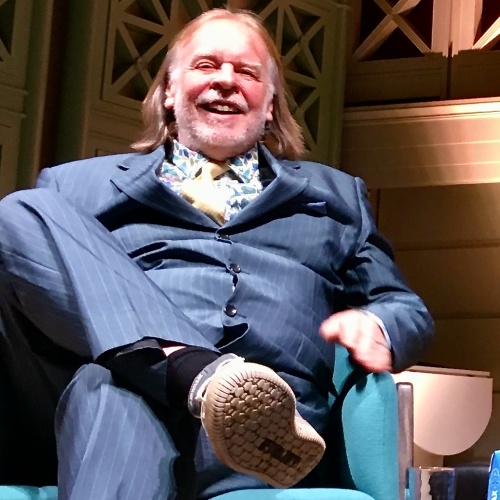 The Prog Rock legend and Saxophone player and composer will release their single, ‘Into The Light’, on May 14.

A press release states that the genre-bending track “brings together Swadling’s already mighty talent to create an outstanding record with the soloistic talents of a true Brit.”

Penned amid the COVID-19 pandemic, ‘Into The Light’ carries a message of hope.

Wakeman recently admitted he has no idea how the entertainment industry will recover from the global health crisis.

He said: “There’s going to be massive job losses and companies going down. I truly don’t know how the entertainment industry is going to recover.

“And we will have an anger period, because in this country people always look for someone to blame.”

Meanwhile, the Yes star recently performed alongside Bowie’s long-time band member Mike Garson and Yungblud for the ‘A Bowie Celebration: Just For One Day!’ tribute concert.

The ‘cotton candy’ hitmaker put his own spin on 1971 hit ‘Life on Mars?’ alongside the musicians for the live-stream in January to mark what would have been his 74th birthday.