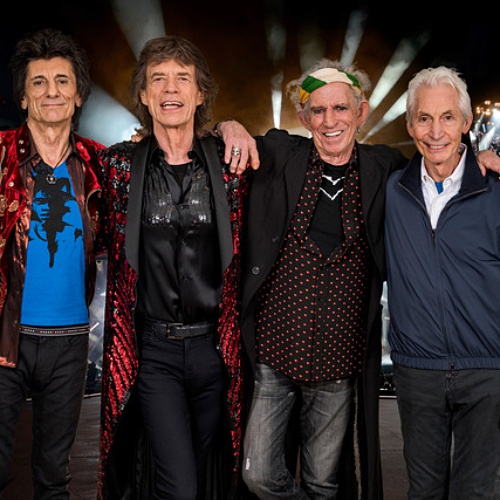 The iconic band are set to release a 40th anniversary, expanded edition of their 1981 album on October 22, and it’s been confirmed that the record will be accompanied by a host of unrealesed tracks.

The first of the previously unreleased songs is ‘Living In The Heart Of Love’, which is available now on all digital services.

The remastered version of the 11-track album – which is already available to pre-order in multiple formats – includes tracks such as ‘Hang Fire’ and ‘Waiting On A Friend’.

The previously unreleased songs on the new record all come from the period of the album’s original release. However, they’ve been enhanced with additional vocals by the world-famous band.

‘Living In The Heart Of Love’ is one of the previously unreleased tracks and it features all of the group – including frontman Sir Mick Jagger – on top form.

The original version of ‘Tattoo You’ was released 40 years ago, and at the time, it topped the charts in the US, Canada, Australia and across much of Europe.

Last year, the Stones reissued their 1973 album ‘Goats Head Soup’ and the move helped the record to soar to the top of the UK charts.

And in 2010, the iconic band achieved the same milestone, with the reissued version of ‘Exile on Main St.’ – which was first released in 1972 – also landing the number one spot in the UK.