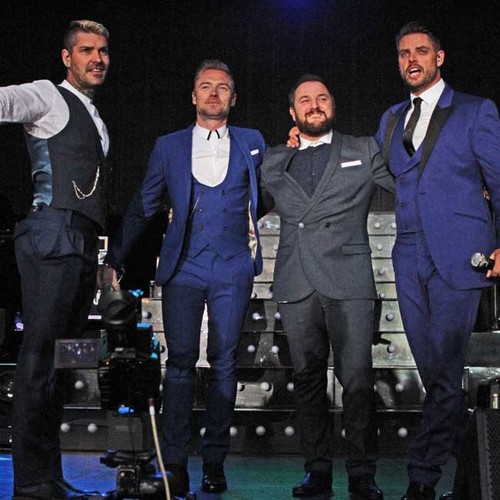 Ronan Keating didn’t think he was good-looking enough to land a place in Boyzone.

The 44-year-old singer has recalled turning up to his audition and feeling intimated by how much “better looking” the other guys were.

He shared: “I remember turning up.

“There were 300 guys there, and I remember looking around thinking, ‘I’m never going to get in this band.’

“Everybody looked better than me.

Ronan went on to have chart-topping success along with his bandmates – Keith Duffy, Mikey Graham, Shane Lynch, and the late Stephen Gately – after they were put together in 1993 by Louis Walsh.

But the ‘Life Is A Rollercoaster’ hitmaker confessed that he doesn’t miss their outfits and the dance routines.

He said: “No, definitely not.

“But no, I don’t miss the costumes and the dancing routines!”

Ronan – who is set to play Cornbury Festival in Oxfordshire on July 10 – also revealed that his tour rider is practically the same, other than he’s swapped out bourbon for a more sophisticated choice of red wine.

He told Heat magazine: “Red wine, water and some chocolate.

“It was more Jack Daniel’s and sweets.

“I don’t have much of that anymore.”