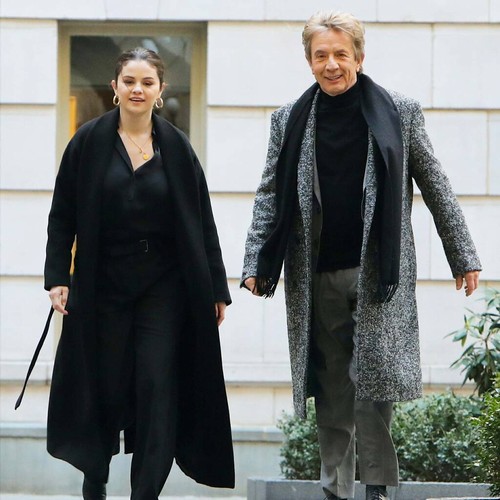 Selena Gomez was required to use mouthwash every time she filmed a kissing scene on the set of Only Murders in the Building.

The star appears alongside the likes of Steve Martin and Martin Short in the upcoming Hulu series, which follows three strangers who share an obsession with true crime and suddenly find themselves involved in one.

While Selena very much enjoyed filming the show, in an interview for the September 2021 issue of ELLE magazine, she noted that the entire cast was required to abide by strict health protocols in the wake of the Covid-19 pandemic.

“No one was allowed to be on set. Everybody wore masks and shields. If I touched a prop, they cleaned it,” the 29-year-old recalled, adding that she had to rinse her mouth with Listerine after any on-set kisses. “It burned my mouth. I was like, ‘I want to throw up.’ I’ve never experienced a set like that.”

But while the production was intense, Selena adored working alongside comedy icons Steve and Martin.

“I got to be in a space with so much wisdom,” she gushed. “They became my uncles.”

Only Murders in the Building is set to premiere on 31 August.