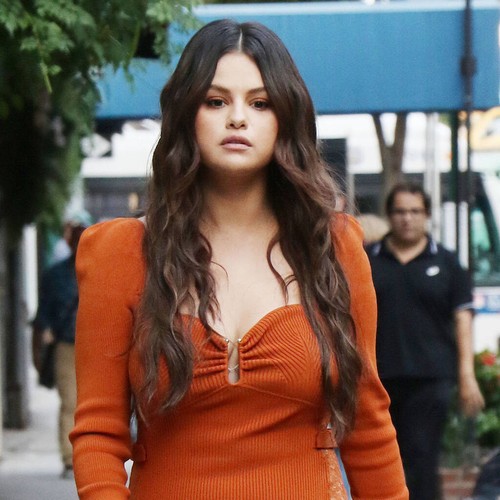 Selena Gomez is using products from her Rare Beauty line when she films the second season of Only Murders in the Building.

The singer, actress and beauty mogul brought products from her line onto the set of the TV sitcom last year and used them on her co-stars Steve Martin and Martin Short. However, the collection has now expanded, with more liquid blush colours, bronzing sticks and setting powders, and Gomez plans to test them out while making season two.

“We did use on Steve and Marty, the foundation. We didn’t have any of the other stuff available,” she told reporters, according to Elle.com. “My make-up artist is the same one I worked with on season one, I told her about all this stuff and she already has it, and we’re excited to start season two. So yeah, it’ll be fun.”

The show’s make-up artist Jackie Risotto previously told POPSUGAR that she used the brand’s foundation and concealer on most of the cast.

“I used Rare Beauty products on almost everybody that came through make-up, (specifically) the Liquid Touch Weightless Foundation and Liquid Touch Brightening Concealer,” she said. “It’s got great coverage, it looked great on camera.”

Filming on second two of the show began at the start of December, with model-turned-actress Cara Delevingne joining the cast.

And Gomez doesn’t just test her products out on her cast mates – she gets her friends involved too.

“As far as testing, yes, I 1,000 per cent wear my products,” she added. “I also give them to my friends. So I want them to try it. I have all kinds of friends that love big and dramatic or less or barely anything. I like to listen to their feedback a lot.”