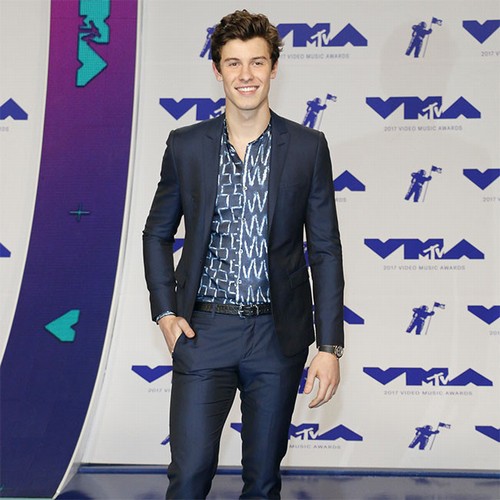 Shawn Mendes, Doja Cat and Twenty One Pilots are set to perform at the 2021 MTV Music Video Awards.

The ‘Summer of Love’ singer, ‘Kiss Me More’ rapper, and rock duo – comprising Tyler Joseph and Josh Dun – are among the latest batch of artists confirmed to play the legendary music ceremony on September 12 at the Barclays Center in Brooklyn.

Also on the bill is Chlöe – who is best known as one half of Chlöe x Halle – who is set to make her solo debut with the premiere of her new single, ‘Have Mercy’.

Olivia Rodrigo, Machine Gun Kelly, Lorde, Lil Nas X, and Camila Cabello – the latter of whom is dating Shawn – were previously confirmed to take to the VMAs stage.

It was also revealed last week that Foo Fighters will be the recipients of the Global Icon Award.

Dave Grohl and co are also up for Best Rock, Best Cinematography, and Best Choreography for ‘Shame Shame’ from their LP ‘Medicine At Midnight’.

And the rock legends will also receive the prestigious accolade for continuing to “influence, inspire, and evolve” as a band.

The ‘Everlong’ group are also poised to perform on the night.

Justin Bieber is the most nominated artist with nods in three of the top categories including Video of the Year, Artist of the Year, and Best Pop.

The ‘Yummy’ hitmaker stars in the music video for the DJ Khaled and Drake track ‘Popstar’ which is nominated for Video of the Year and Best Direction, while his track ‘Peaches’ – which features Daniel Caesar and Giveon – is up for Best Collaboration, Best Pop, and Best Editing.

His final nomination comes in the Best Cinematography category, where ‘Holy’ – his track with Chance The Rapper – is nominated.

Megan Thee Stallion is the next most-nominated with six nods, many of which come from her and Cardi B’s hit track ‘WAP’, which is up for Video of the Year, Song of the Year, Best Collaboration, and Best Hip-Hop.

The rapper is also nominated for Artist of the Year, and will compete against herself in the Best Hip-Hop category as she also received a nomination for her feature on Lil Baby’s song ‘On Me’.

The ‘Butter’ hitmakers get most of their nominations for the chart-topping hit, including Best Pop, Best K-Pop, Best Editing, and Best Choreography.

Their fifth nomination comes from the Song of the Year category, where ‘Dynamite’ has been shortlisted.

The 2021 MTV VMAs will return to the Barclays Center in Brooklyn for the first time since 2013, and will air live on Sunday, September 12.